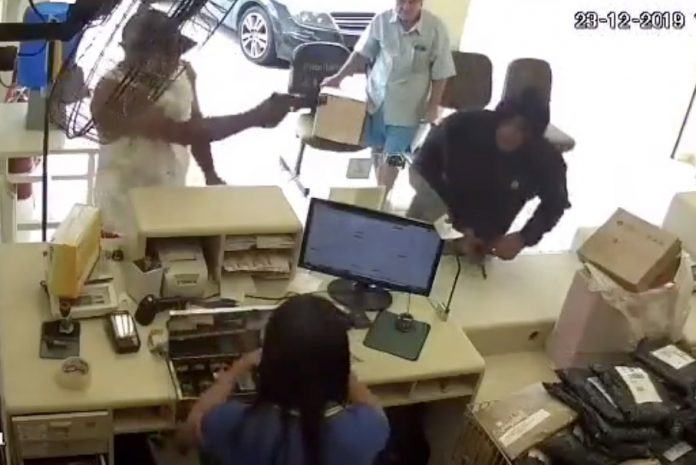 Lessons to be learned in this successful DGU. Stealth draw. No hesitation. Shoot until the armed felon is no longer a threat. Another example of the occupational hazard of being a bad guy. #PANTSONGUNON. https://t.co/VhMWwGJxtQ

H/T to Tom Gresham of “Gun Talk” who retweeted this defensive gun use from 2019.

As you can see in the footage (warning: it’s graphic!), an armed suspect walks up to a counter where a clerk is working, draws a gun, and before he can complete the robbery, a good guy with a gun takes him out with multiple shots to the head and neck region.

Upon hearing the gunfire, the suspect’s accomplices immediately flee the scene.

What a very impressive display of courage and decisive action while under durress by the citizen responder. It’s safe to say that the suspect will not be re-offending any time soon — or ever again for that matter.

November 4th is the birthday of Medal of Honor recipient John Basilone.