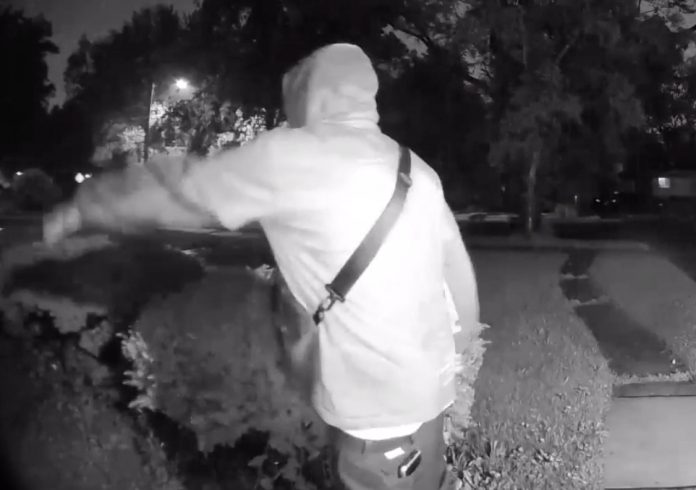 It’s every homeowner’s worst nightmare. A stranger pounding on your door at 4:30am claiming you owe him money. You dial 911, but before the cops arrive, the intruder breaks through a window, trying to enter your home.

That’s the situation Maiso Jackson was facing last week. He was, however, prepared.

“I came outside and said you have to leave, you can’t be doing this,” he said. “So then he reached for his gun and pulled it out. I had to defend myself, I had to shoot him because of that.”

Jackson fired four shots, hitting the man in the chest killing him.

Mr. Jackson had put in the time to learn how to use his gun.

Homeowner Maiso Jackson has lived in his home for 20 years, and he’s owned his gun for the last eight. He’s taken lessons on how to handle that firearm.

And when it came down to it, he was left with few options with police still on the way . . .

“It was me or him at that point,” he said. “I didn’t want to hurt nobody, but he just wouldn’t quit.”

Another life saved by the lawful use of a firearm. One of hundreds of thousands of defensive gun uses that take place every year.

“You have to be on guard, you have to be prepared,” Jackson said. “You can’t just let people run you over, hurt you, and don’t do nothing about it. You have to defend yourself.”

When you’re faced with an immediate, credible threat, you have no choice but to defend yourself and your family. Mr. Jackson hasn’t been charged by police, but the case is under review by the local prosecutor.

What Would You Do If Your Utility Bill Was TEN THOUSAND DOLLARS?

What Do Deer Eat On September 2? – Bowhunting.Net