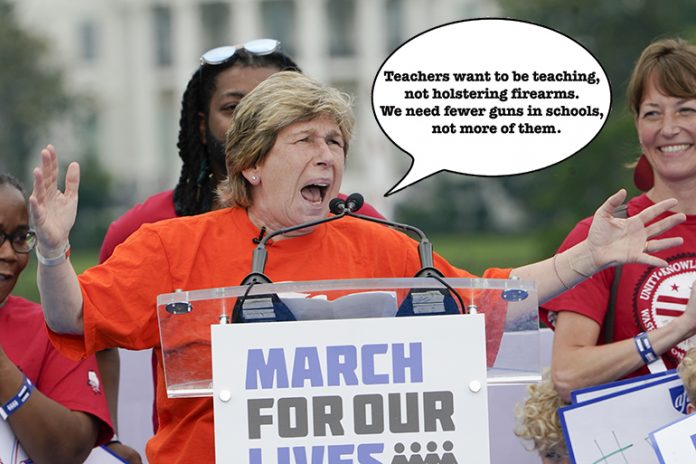 Summer camps, just like schools, can be soft targets for would be killers. It’s just as important to have armed staff on campus to protect children in these venues as it is in elementary, middle or high schools.

Yesterday at a summer sports camp outside Dallas with about 150 children on site, a man with a gun entered a fieldhouse and was confronted by an camp employee who had a firearm.

The unidentified man appeared to have fired twice in Duncanville Fieldhouse, a youth sports and training venue in the city of the same name about 13 miles south of Dallas, police said.

The armed suspect entered through the complex’s main lobby doors and was confronted by a staff member who exchanged gunfire with him, Duncanville Police Department Assistant Chief Matt Stogner said at an afternoon news conference.

The alleged gunman then went to what was described as a classroom filled with children and opened fire from outside after he was unable to get in, the assistant chief said.

Fortunately no one inside the classroom was injured as the kids were moved to a safe location. The shooter then went to a nearby gymnasium where more kids were located. That’s when responding police officers opened fire on him.

The man was given first aid by officers at the scene and taken to a hospital, where he was pronounced dead, the assistant chief said.

It appeared no one but the suspect was struck or injured, Stogner said. The man was unknown to Duncanville police, he said.

Children attending camps at the complex range in age from 4 to 14, officials said.

This was an attempted mass shooting that was thwarted by an armed staff member, exactly the kind of person that teachers union officials say is such a dangerous, appalling idea. Without an armed person who was there and able to intervene, slowing the shooter until police arrived, what happened yesterday in Duncanville could have been as bad as Uvalde.

Where are your kids today? Is someone there to protect them if the worst happens?