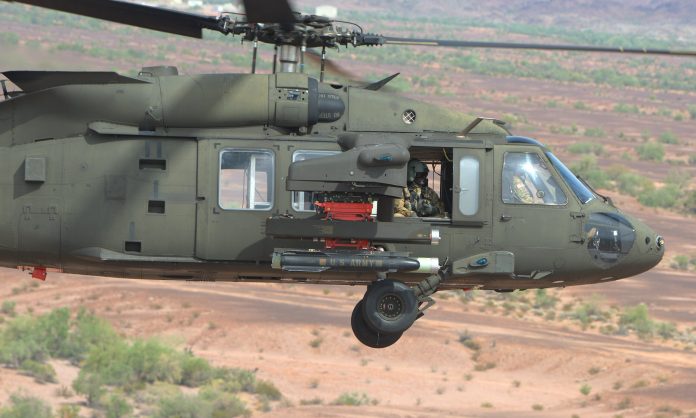 The Future Vertical Lift Cross-Functional Team used the UH-60 Blackhawk as a surrogate for its Modular Effect Launcher. (Courtesy of FVL CFT)

In mid-2021, a report on Future Vertical Lift (FVL) by the Center for Strategic Budgetary Assessments (CSBA) made a splash when it broke down the numbers for the program and determined that the Army could afford to buy both the Future Long-Range Assault Aircraft (FLRAA) and the Future Attack Reconnaissance Aircraft (FARA). Since the issuance of the report, much has changed in the world — from inflation to supply chain shortages to Russia’s attack on Ukraine.

Christopher Bassler, senior fellow at CSBA, was the lead author of the report — entitled Living Within One’s Means: Revisiting Defense Acquisition and Affordability, A Case Study of the Army’s Future Vertical Lift Program — and he spoke with Breaking Defense about how the report’s finding on FVL affordability have evolved given the worldwide economic and geopolitical events of today. 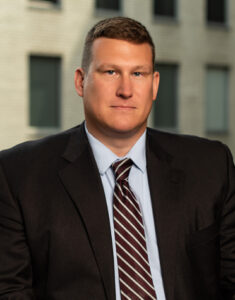 Chris Bassler is senior fellow at the Center for Strategic and Budgetary Assessments.

Breaking Defense: Your report on FVL affordability was notable for saying the Army could afford both FLRAA and FARA. What, if anything, has changed since that time regarding affordability and lifecycle costs given continuing supply chain challenges and inflation? Do you believe that all of the points you made related to affordability are still valid and current?

Bassler: The recurring supply chain problems across the entire defense industrial base, much less the world, are going to continue to most likely be a challenge for a while. And the additional complexity from inflation is definitely a significant part of it. But those are normal things that any acquisition program has to deal with in some capacity, maybe not to the severity like inflation is right now, but over a long program period those things inevitably happen to some degree or not.

The biggest point that we made in the report that’s still very much essential for the Army is that it’s about staying within those existing estimates, even with some of the buying power eroded in the short term because those estimates are within the historical top line for Army aviation. Given that there’s already many other competing priorities — whether it’s other Army modernization efforts, the nuclear triad, or support to Ukraine — living within your means, as we titled the report, still should be an eternal and sound strategy. What that means is that there has to continue to be a very strong plan for upgrades and enhancements later, which are both driven by the availability of limited resources within the program and by the maturity of technology.

For some [technologies] with a great capability that may not necessarily fully mature under those pressures, they might be something under open-architecture approaches that could be deferred for a short period of time and then incorporated as a high priority in the next recurring increments, both for hardware and software.

The other important part, especially on the inflation and supply chain fronts, is that oftentimes in these very stiff competitions the airframe and the total system are the largest and the most noticeable parts. Obviously, the primes feel like they’re very much in a cutthroat competition — because they are. But again, if the Army and the primes are using open-architecture approaches then other levels of the [program] can be competed much more easily.

Breaking Defense: How do you feel about the viability of FLRAA and FARA today given Russia’s war on Ukraine?

Bassler: I don’t think anything out of Ukraine has shown something that would change the viability for either of the programs or for the intent behind the capabilities. Ukraine has shown that elements that were already a critical emphasis in FVL like speed, agility, and range are all still important, especially against anti-air threats.

Obviously, the Ukrainians are basically fighting to deny Russian takeover of their own territory. That’s different than fighting to win. I don’t mean to imply the Ukrainians aren’t trying to win, but they’re really just trying to dislodge Russia and push Russia back across the border. That’s very different than a lot of other scenarios where quick insertion, integrated air defense system attacks, and other air-assault elements that you would employ.

In the case of Europe, it could be imagined that Russia might try and embark on places like Poland or the Baltics [where FVL] would be much more essential. I’m sure the Ukrainians would love to have some helicopters to make their lives a bit easier to more quickly traverse their country and insert different capabilities in different places with some additional speed. Obviously, the timeframe for FVL, unfortunately, is not going to help them in that case. 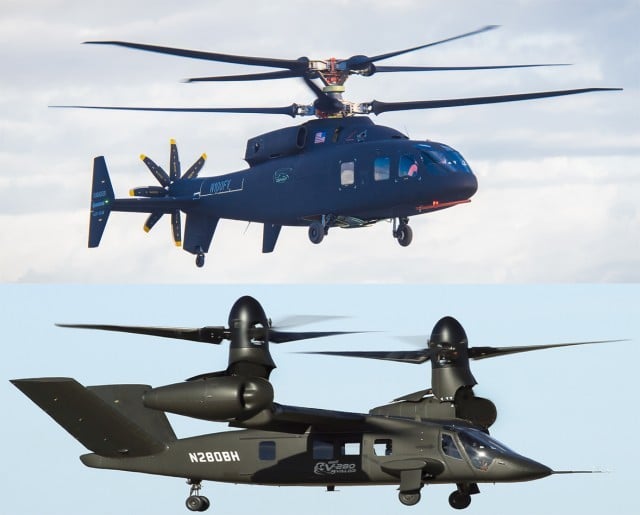 Breaking Defense: What are your thoughts on the push-pull between the FVL primes, the Army, and the supply chain regarding how much intellectual property (IP) should be incorporated into the two programs?

Bassler: There’s a lot of discussion within the defense analyst and acquisition community about whether IP is bad and the government needs all the data rights [known as Government Purpose Rights} or whether industry needs {to retain} all the data rights. That is very simplistic and basically a false choice. There’s always going to be some inherent intellectual property embedded somewhere. That’s just how it works. Of course, companies should be competitive. And part of being competitive is having the edge based on the intellectual property, which then makes them competitive and relevant, and which then should be the core reason for them to make money.

But going back to what this means for the Army, they need to ensure they understand where they’re driving the partitions {between what’s called Major System Components} inside the program. From both a hardware and software sense, where are the critical subsystems, critical components, and the physical and software interfaces? They need an understanding of where those partitions are designed because that is basically where the intellectual property black boxes are likely to crop up.

That needs to be done in an intentional way so that people can understand these partitions and compete for them. Is this a partition that can be upgraded without having to go back to developmental and operational testing to certify airworthiness because of a minor upgrade, which then draws out the timeline and the speed cost to field that capability? They’ve been doing some of that analysis already, and they should ensure that they stick with a good plan that matches with what they want or what they expect.

Breaking Defense: What are the transformational technologies the Army is asking for and what should industry focus on to ensure spiral improvements and future continuous advancement, for both FVL and enduring fleet modernization?

Bassler: What will continue to be a big ask falls into several different groups. One of the first groups should be the deployment and control of unmanned systems — whether it’s for self-deploying ISR scouts to extend the sight of the FVL systems, or for loitering munitions that can extend and enhance the lethality of FVL. That is critical.

Then there are external volumes like the Modular Effects Launcher similar to the Mark 41 Vertical Launching System [a shipboard canister system to launch Tomahawk missiles] where space, weight, power, and cooling are well defined and people understand them. That lets [industry] put new capabilities inside [the Modular Effects Launcher], whether it’s a self-defense measure, these ISR scouts, or loitering munitions. That type of model also then opens the gateway faster for more manned-unmanned capabilities.

The third bucket is seemingly a persistent one for FVL because of the air assault mission. That is: sensor packages, the ability to rapidly update threat data, electronic warfare aspects, and multipath communication options. Defining the different aperture spots for hardware and allowing for software updates within some of those hardware options is probably one of the most essential areas, because it provides alternatives against adversary attacks.

It should also allow for a much better pacing for the persistent, interoperability challenges within the Army itself, within the joint force, and with all the allies, especially as things like Project Convergence or JADC2 continue to shape and morph.

In and of itself, FVL is going to have to be that bridge system to interface with and quarterback all of these air launched effects and other new systems. It will also have to be able to communicate with Black Hawksand other Army systems that will still persist for decades. So the ability to do both is going to be critical rather than them developing a great new comms system that’s not backwards compatible.

US to Send 31 M1 Abrams Tanks to Ukraine