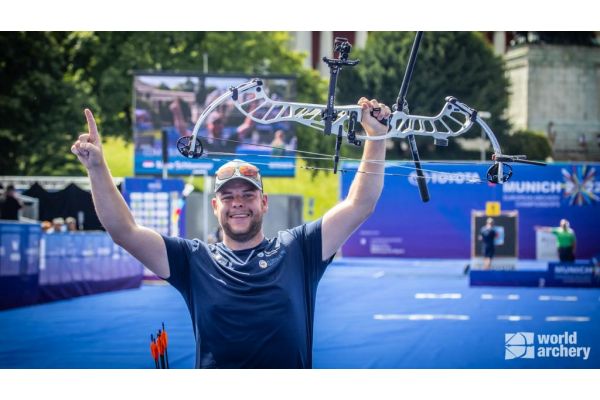 Commenting on his historic victory in Munich, Schloesser stated, “I’m very satisfied, I’m really happy and I worked really hard for it. I’m just really stoked because this is something that’s been on my list.”

Mike Schloesser chose the Easton X10 for his history-making performance—the same arrow that has won more world and Olympic titles than any other arrow shaft in history.  Schloesser is currently preparing to compete in The World Games in Birmingham, Alabama in July.

To learn more about the X10, and all the other tournament winning and bowhunting success arrows made by Easton in the USA, visit: www.eastonarchery.com