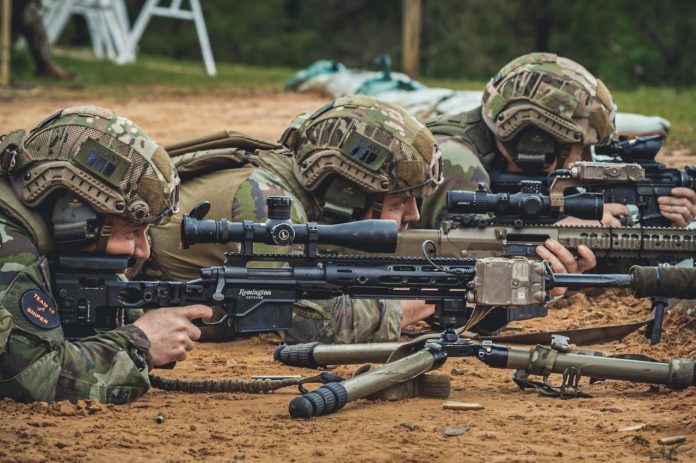 Posted 5 hours ago in MIL/LE, Photo Of The Day with No Comments
Tags: International Sniper Competition, Irish Defence Force, sniper

The Óglaigh na hÉireann. Or the Irish Defence Forces.

In today’s Photo Of The Day, we see an Irish Defence Forces sniper team in action at the U.S. Army International Sniper Competition in Fort Benning, Georgia earlier this year. The firearm is a Remington Sniper Rifle, probably borrowed by the hosts, with a Leupold riflescope.

A classic type of competition. Handgun and plate rack. Followed by some carbine shooting. United States Army Sniper School – “Death From Afar” and “One Shot One Kill”. You are more than welcome to comment and discuss the subject in the section below. Perhaps you noted something others missed?

Over the years TFB’s Photo Of The Day has gathered thousands of interesting images from around the world. If you’re interested in a special subject, you can use our search function. For instance, if you’re looking for photos of snipers just check here. Certain military units can also be searched and found. For instance, the Green Berets can be found here and the U.S. Marines here. If you’re obsessed with the Kriss Vector, there are loads of images here.

All photos from the Óglaigh na hÉireann / Irish Defence Forces.