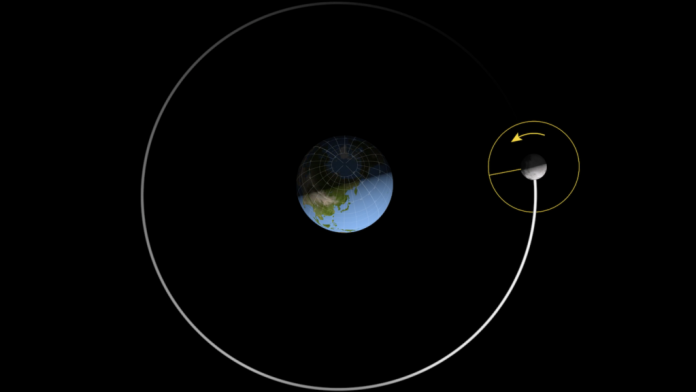 Magdrive’s goal is to create efficient, high thrust propulsion systems for operating in space beyond Earth’s orbit all the way out to the Moon. (Image: NASA)

WASHINGTON: “It’s small, but mighty” could be the catch-phrase for British startup Magdrive’s tiny spacecraft propulsion engine, which the company claims can efficiently rev up from the stately motion provided by electric thrusters to the bursts of speed provided by traditional chemical thrusters.

“What we’re building is the first system of its type. It gives the very high efficiency of electric systems, but it gives a much higher amount of thrust — in some cases over 100 times the thrust of current electric systems,” Mark Stokes, CEO of the Oxford-based startup, told Breaking Defense last week.

Electric propulsion systems may not be able to move a spacecraft fast, but they are being used today by satellites designed to maneuver in large part because they don’t have the problem of running out of fuel. By contrast, on-board chemical thrusters on spacecraft, which rely on stored propellants, can provide a lot of thrust, but they get pretty low gas milage, so to speak, and of course eventually run dry.

Magdrive, Stokes explained, is seeking to provide a propulsion systems with the benefits of both.

“Now, this isn’t matching the thrust that you get from small chemical systems, but it is enough to raise electric systems to a point where it starts doing all the things that chemical systems can do, and the key point there is being able to do all of these maneuvers with just one system,” he explained.

In space, (relatively) high speed maneuvers are required for missions such as rendezvousing with another satellite or getting out of the way of a piece of space junk — a growing problem. Or, in the case of military satellites, avoiding an anti-satellite weapon.

Magdrive already has caught the eye of the UK government, and they’re participating in one of the 13 projects the UK is funding as part of an initiative announced in January to support a sustainable space environment by getting rid of some of that junk.

“Magdrive and the University of Southampton are investigating the feasibility of the Plasma thruster based Automated Deorbiting-Block (PAD-B) system,” according to a Jan. 31 press release from the UK Space Agency. “A mothership will carry many of these ~1 kg nano-spacecraft, which can be fired at debris from afar. These will attach and work together to autonomously bring the debris into the atmosphere to dispose of it.”

All totaled, Magdrive has raised some $3.5 million in grant funds from the UK government and the European Commission, according to Stokes. One of the firm’s key funders is also billionaire Peter Theil’s San Francisco-based venture capital firm, Founders Fund.

With regard to the UK Ministry of Defence, he said, “We don’t have any funds at the moment but we certainly do have those ambitions.”

Orbiting The Defense Market, Including DoD

Stokes noted that the company also has had conversations with Britain’s Defence Science and Technology Laboratory about a demonstration, but that the lab wanted a launch too close to its own first test launch in November on SpaceX’s Transporter 6 mission.

Further, he added, Magdrive is working on setting up a US arm that can sell to the Defense Department, which is a huge customer for space companies in general. 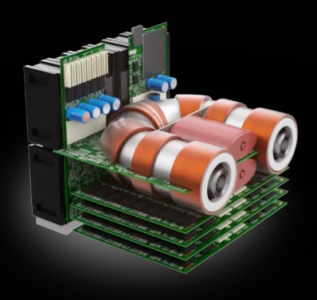 Already, Magdrive in May was chosen by Amazon Web Services as one of 10 projects for its 2022 AWS Space Accelerator program. While no cash exchanges hands under that program, Magdrive essentially gets oodles of free time on AWS’s servers to run the supercomputer used to help with physics simulations, Stokes said.

Meanwhile, the company’s goal is scale up the current “Magdrive-nano” design — which weigh 1 kilogram, and are the size of the smallest nanosatellites — first for use in Low Earth Orbit (LEO). Stokes said the company is looking for partner to help prove that, scaled up, the propulsion system can really provide the promised thrust in a demo launch currently planned for 2024.

The business plan for this first-step propulsion system design, he said, is that a customer could buy as many of the individual Magdrive-nano units as they need to power their spacecraft for whatever missions they have in mind.

Aiming For A New Space Age

But Stokes is convinced that the company is on the verge of propelling the spacecraft engine business into a “new space age” by opening up the possibility for faster and more efficient travel across vast regions in space — such as the cislunar volume between the Earth’s outer atmosphere and that of the Moon, where the US Space Force has set its operational sites.

The company’s goal, he said, is to enable “the sci-fi stuff,” such as on-orbit manufacturing and orbital assembly, he said. “It’s lookin at asteroid mining, it’s looking at lunar activity.”

Magdrive, he said, for example hopes to work with California startup Varda Space Industries (a company launched by Founders Fund principal Delian Asparounov) which has set its sites on building “the world’s first commercial zero-gravity industrial park,” according to its website.

Indeed, Stokes is convinced that a beefed up Magdrive propulsion system — “imaginatively named Supermag,” he joked — is on the cusp of a propulsion system revolution that in essence could make obsolete the nuclear-propulsion systems now being studied by Space Force and the Defense Advanced Research Projects Agency for such far flung missions.

But its fuel, Stokes explained, isn’t radioactive. Instead it is an inert metal that is “burned” to create a plasma that drives the system.

“We’re using a solid metal propellant instead of a gas. That means we need a lot more power to ionize it, but when we do, it creates a super hot, super dense plasma at about 15,000 degrees for about half a microsecond. And within that time is when we contain it with magnetic fields, and we accelerate it out to produce our thrust,” he said.

Further, that metal can be mined from asteroids — meaning that in the future Magdrive’s next-generation propulsion systems could be built in space.

Stokes said that Magdrive already has been in conversations with big-name engine-maker Rolls Royce about it’s plans to build a small nuclear fission device to power deep-space spacecraft. “We’ve had some very cool conversations where they’ve asked me for my requirements,” he said, sounding just a bit like a kid in a candy shop.

Ask the Experts: Good Dogs, Gun Snobs, and Why You Need Pants