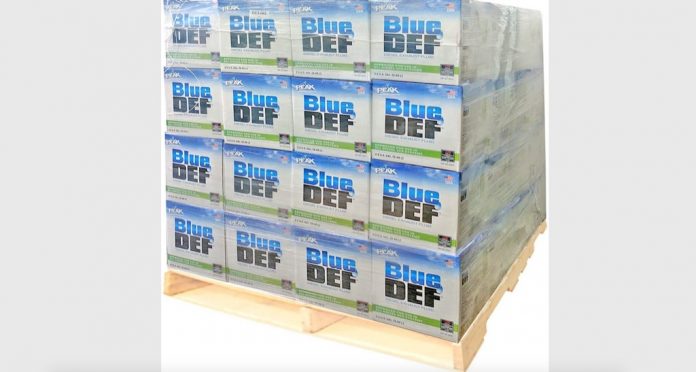 SurvivalBlog presents another edition of The Survivalist’s Odds ‘n Sods— a collection of news bits and pieces that are relevant to the modern survivalist and prepper from “JWR”. Our goal is to educate our readers, to help them to recognize emerging threats, and to be better prepared for both disasters and negative societal trends. You can’t mitigate a risk if you haven’t first identified a risk. Today, we look at the nationwide shortage of Diesel Exhaust Fluid (DEF).

First up, over at High Plains Journal: Diesel Exhaust Fluid shortage a scary reality for the supply chain, agriculture. This article begins:

“Being able to fill up your vehicle with fuel has become a luxury with the sky-high prices of gas and diesel, but a new wrinkle stemming from the war in Ukraine and railway complications could prevent diesel vehicles from running, whether they have fuel or not. After trade between Russia and the rest of the world was cut off, the many industries that rely on urea are in tough spots.

Apart from its use as fertilizer, urea is also a key ingredient in Diesel Exhaust Fluid. Although this sounds like an isolated issue that would only affect those who drive eighteen-wheelers up and down the interstate every day, the DEF shortage could affect many more people. DEF is used in all diesel vehicles manufactured since 2010, which includes trucks, tractors, buses, RVs, and other vehicles the world relies on for agriculture production and transportation of people, food and other goods.”

RINOs Are Negotiating With Anti-Gun Democrats

The GOA reported on June 3rd: RINOs are quietly negotiating with anti-gun Democrats. Here is a troubling follow-up report at Politico from June 9th: Conservatives lay off Senate gun negotiations. “Even Republicans you would expect to publicly oppose the gun talks are staying quiet, waiting to see the result of bipartisan negotiations.” JWR’s Comment:  Any concessions to “compromise” will diminish our rights. Please contact your Senators again. Tell them: NO to any and all new gun laws or red Flag/ERPO laws!

Kevin S. sent us the link to this piece by Lew Rockwell: Twitter and the Department of Homeland Security. Also, take a few minutes to watch this, from Montana-based commentator Matt Christiansen: Disinfo Board Planned to Target Americans’ Speech, Docs Show — DHS Lied. JWR’s Comments: So… censorship that would be a clear violation of the 1st Amendment if the agency did it by itself is somehow considered “okay”, if a government agency just “urges” a private company to do it for them? By “flagging” individuals and their posts for Social Medianistas to then zap it for them? I suggest that folks keep a watchful eye out for the words “Public-private partnership.”  All too often, these words indicate either creeping socialist Big Government intrusiveness or some sort of crony capitalism. Beware!

“Overall, the off-grid movement remains small. But it got a boost after the COVID pandemic hit: City dwellers began to explore different ways of living, facilitated by improvements in alternative energy sources like solar power, and batteries for storing that power.

More frequent power outages and utility grids’ struggles to handle the severe weather events brought on by climate change have added to interest in disconnecting from the grid. So have utility bill hikes.”

Another piece linked over at the Whatfinger.com news aggregation site: American Scavenger Hunt: The Game Is Now a Reality.

I found this piece in The Blaze linked over at the Whatfinger.com news aggregation site: Mother whose son was shot ‘point blank in the head’ decimates Dem gun control agenda: ‘I don’t need the government to save me’.

A Likely Chinese Invasion of Taiwan?

How likely is a Chinese invasion of Taiwan? DW News. From the comments to the video:

“With the state experiencing its most severe early summer drought conditions in nearly a decade, Texans are facing a wave of especially hot and dry weather that may kick off one of the state’s hottest summers on record, says Texas A&M University climate expert John Nielsen-Gammon.

A regents professor in the Department of Atmospheric Sciences who serves as the Texas state climatologist, Nielsen-Gammon said the state has already been experiencing higher-than-average temperatures this year, with last month tying for the second-hottest May in Texas history.”