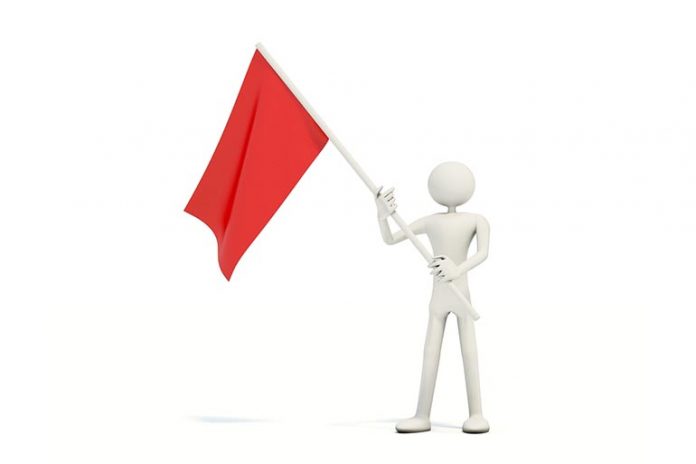 A “bipartisan” group of Senators in Washington supposedly thinks they have an agreement on what a gun control bill would look like following the Uvalde massacre in Texas. Easily the most objectionable aspect of the deal is its promotion of “red flag” confiscation laws in the states.

Under such laws, friends, family members, coworkers, law enforcement, school officials, medical personnel and others can petition a court to confiscate an individual’s firearms if they believe the gun owner is a threat to his or herself or others.

The biggest problem with these Red Flag gun confiscation orders is they don’t include due process provisions to protect the rights of the targeted person. Supporters of red flag laws contend that in an “emergency,” urgent action is needed. There is no time for due process, they say. Lives are at stake.

That’s why the target of these orders doesn’t usually know about them until he gets a knock at the door from police.

Of course, proponents of these laws claim that law-abiding gun owners have nothing to fear. They’re saying, in effect, “Trust the government to make the right call.” As if abuse of these laws by bitter ex spouses, angry neighbors, upset coworkers and others could never happen.

Here in the real world, family courts already see that kind of abuse of emergency protective orders in divorce and child custody proceedings. One side will use them against the other as a negotiating tactic. Red flag confiscation orders are similarly easy to abuse.

Proponents of red flag laws don’t seem to consider that those who file petitions for confiscation might have their own agendas in mind. For instance, do the petitioners hate people who wear MAGA hats and view them as unstable or dangerous? How about those who fly Black Lives Matter or Antifa flags? Maybe the petitioner doesn’t like gays, or terfs. Alternatively, it might be biases against those opposed to COVID vaccines.

And what protections are there for those who have had their guns taken? Could they face suspension or termination at work, evictions from their apartments or homes, or no-contact orders from their churches? Would schools ban them from campus? In our risk-averse world, a red flag order could turn every aspect of someone’s life upside down.

The red flag laws on the books in the states that have them usually have few, if any, remedies for those wrongfully accused. Defending against a red flag petition at a follow-up due process hearing — after guns have been confiscated — would cost thousands of dollars in legal bills.

On the other hand, vexatious petitioners would likely escape prosecution or sanction for unfounded, malicious petitions.  And if you don’t punish bad behavior, it tends to continue.

Obviously red flag laws and their gun confiscation provisions without due process are un-American, particularly because the target of these orders, in most cases, haven’t done anything to break the law.

The Senate “framework” deal is just that. An outline of an agreement. As of this writing, words haven’t been put to paper and no legislation has been introduced.

The Democrat half of the duo that put this together is moving fast to make this happen before memories of Uvalde fade. He wants legislation written and votes in the House and Senate by July 4.

Then again, maybe pushback to the proposed agreement / “framework” has been much greater than they expected. After all, when politicians feel the heat, they tend to see the light.

How to (safely) parachute into a baseball stadium

Why Off-Body Carry Is No Longer Acceptable