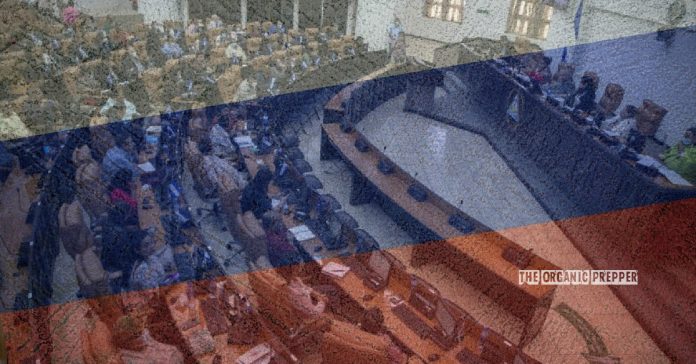 Russia and China, as well as some Middle Eastern theocracies that hate the USA, are continuously taking advantage of the banana republics in South America. The real intention, of course, is to establish military posts to increase their own military effectiveness, bring in more supplies, and to assist those corrupt regimes in repressing and stomping on their own population.

I was a kid in the 80s, but I know that a movement like this back then would have been hard to imagine. Russia threatens a nuclear conflict and then quietly deploys troops to Central America a few weeks later?

Is there anyone naïve enough to believe this is some sort of “humanitarian aid” as we’re being told?

The Nicaraguan Congress has given their blessing to a “joint training exercise”, allowing Russian troops, navy ships, and warplanes into the country.

How long will they remain in Nicaragua?

The only positive point in all this is that Russia won’t be able to sustain an invasion force for too long so far away. Military specialists could speak more about this than I, but it’s one thing to invade a neighboring country, and another one to maintain bases overseas.

The reasons for such deployments are plenty. Let’s face it: drugs are the slow-motion, poor man’s atomic bomb. The drug-producing countries have been laundering money and shipping drugs to the developed countries as an effort to undermine their capabilities, steal technology, and destroy their economies. And they do all of this with the support of major countries.

Even Russia is involved with the drug-running.

Even worse, recent examples (2020) of Russian Army officers involved in high-scale drug trafficking in South America indicate that the situation is much more complex and unconventional than it may initially appear. This isn’t just about traditional weaponry. It is about keeping the drugs flowing to (and through) the Americas. It’s about providing the authoritarian regimes (like Ortega’s) the means to be a new Gadhafi. It’s about helping these regimes to stomp out any resistance movement and to slowly occupy strategic positions.

For non-Latin Americans (Canadians, British, Spanish), this may look like non-threatening events. After all, countries have military relationships with other countries all the time, don’t they?

The Russian presence in our countries is definitely something we never witnessed in large numbers before. Except for some Ukrainian migrants arriving in the 60s or 70s, the Slavs’ preferences were for other more developed countries. Some still showed up here, but the amounts were never meaningful compared to other migrants, like the Italians, Portuguese or Spanish. The “cooperation agreements” were almost irrelevant back in the 90s.

Under the circumstances, the Russian military presence in Central America is not a good sign.

The extension of the agreements includes airplanes, ships, and troops. The official approach is trying to disguise the fact that at this moment, not even one natural disaster has occurred in Nicaragua to justify troop’s deployment, nor the need for “humanitarian aid.” It seems more like an Ortega temper tantrum (but a very dangerous one).

None of these three countries was invited to the most recent Americas Summit, an event that looks to strengthen bonds between democratic countries of the Americas. Obviously, Nicaragua doesn’t belong here after the Ortega dynasty ruled the country for four consecutive periods, exiling most of their opposition and throwing what remained into jail – just like every other banana dictator does.

They are not leaving.

One of the most concerning aspects of the treaty is the inclusion of the words “law enforcement”: With Russian forces set to enter Central America, how will the US respond?

Does this mean that Nicaraguan police are unable to do their jobs? Are they too busy? If so, doing what?

Mark my words. Any ship or number of soldiers stationed in our hemisphere won’t return to Russia. The aircraft will remain to establish an air bridge between the mother country and the military base over here. This is the reality.

This article mentions the number of “advisors” being over one hundred. Is the Nicaraguan government military so inept and unable to operate that it needs so many foreign officers to tell them what to do?

And, of course, we have the typical double speech: a threat immediately disguised as “routine operations.” When the Russian propaganda machine unfolds and starts talking about some topic, everything coming through their microphones is meaningful on some level.

In the same article, the Costa Rica president informs us that he feels uneasy about the situation. This is understandable enough. Costa Rica received a huge amount of Nicaraguan refugees after the war that Ortega and his Sadinistas unleashed on the people.

And tell me this? How can anyone mentally healthy believe that 20 T-72B tanks are going to be used to “fight drug trafficking”?  Unless the trafficking routes have heavily armed spider nests all around, these tanks will very possibly be used to crush any internal resistance that could arise. Ortega was a former guerrilla warlord, so he knows better.

What are their tactics over here?

It appears the Russian forces use the same model as the South of Venezuela does: local forces surround and protect foreign operatives with a security ring. They’re brave enough to stomp on a neighboring country, but they need someone to look after them once away from home? Go figure…

The threat of war is increasing, and with the combination of soured Mexico-US relations and the Russians setting up bases throughout the world (such as in Syria), things are not going to get any better in the near future.

Although another Cuban missile crisis with Nicaragua as the main character is unlikely, the threat of Russian hypersonic missile superiority in the region is very real.

Personally, I believe that the deployment of this advanced weaponry is already a fact. Russia already supplied advanced SAM-300 to the air defense forces. The “need to defend the homeland against US imperialism” was the excuse for that huge expense back in the days of the Hugo era. The same goes for the Chinese mobile radar systems.

However, Latin America’s relationships with the rest of the world is a complex issue.

The Brazilian giant is always in a rush to become the guy in charge of South America. This means they’re not going to let any competition into the BRICS group (Brazil, Russia, India, China, and South Africa) that could delay their further development. This makes our situation in Venezuela much more complicated. Nevertheless, this group was created because of these countries being the most solid emergent economy of that moment. Things are different now.

Latin America is definitely not a natural market for Russia. Distance, language, and cultural differences are vast to begin with. We have much more in common – and stronger bonds – with Italy, or even Germany, not to mention Spain. Former Netherlands colonies are so close to our shores that we can travel there by windsurfing. Portuguese and many other European refugees were received with an open-arms policy in Venezuela back in the 50s.

Now, we have Russians whose goal is not just mere “cooperation” but to gather intel and provide the muscle needed to crush internal free-fighter movements. The Russians look to provide these countries the means for a totalitarian militarist, long-term dictatorship: “there were discussions over the possibility of (…) inviting children of Venezuelan officers to train in Russian military schools.”

Are they simply inert actors over here?

Reputed Scholars such as Fabiana Perera, adjunct professor at Georgetown University, confirm that the actual bonds between Nicaragua and Russia are a credible threat, including the deployment of military actors.

Something has to be very clear under this scenario: the deepening involvement of Russia with the corrupt Ortega regime is just another tool to bypass the sanctions of the free world.

After the Ukraine invasion, the sanctions bit deeper and stronger, so Russia needed a sidekick without scruples to triangulate with. A great job for a banana republic dictatorship. The second purpose is to provide the means to bark louder right outside the US door.

An important factor that many seem to oversee is this: Russia is not alone, in Nicaragua or anywhere else. China is always backing up, sometimes openly, and most of the time playing low profile.

Maybe this is not as much the public knowledge, but Russia built a GLONASS satellite comms facility in Nicaragua. I say this to point out that Nicaragua’s relationship with Russia is nothing new. On the contrary, their military cooperation comes from as long as 1979 when the leftist guerrilla Sandinistas knocked down the Somoza dictatorship. This guerrilla was armed and financed by the former URSS – meaning Nicaragua was a decades-old target.

When you combine a cruel dictatorship like Ortega’s, an experienced guerrilla warlord with nothing to lose, and the signing of an alliance with Russia you don’t end up with an end product that is good for the stability of the free world.

What are your thoughts?

Is this just another training exercise for Russia? Why is Russia diluting its troops during the war in Ukraine? Are you concerned about this proximity to the US? Let us know what you’re thinking in the comments.

Jose is an upper middle class professional. He is a former worker of the oil state company with a Bachelor’s degree from one of the best national Universities. He has an old but in good shape SUV, a good 150 square meters house in a nice neighborhood, in a small but (formerly) prosperous city with two middle size malls. Jose is a prepper and shares his eyewitness accounts and survival stories from the collapse of his beloved Venezuela. Jose and his younger kid are currently back in Venezuela, after the intention of setting up a new life in another country didn’t  go well. The SARSCOV2 re-shaped the labor market and South American economy so he decided to give it a try to homestead in the mountains, and make a living as best as possible. But this time in his own land, and surrounded by family, friends and acquaintances, with all the gear and equipment collected, as the initial plan was.

USDA to Inoculate Millions of Wild Animals Against Rabies

What Are The Top Sounds That Spook Deer? – Bowhunting.Net