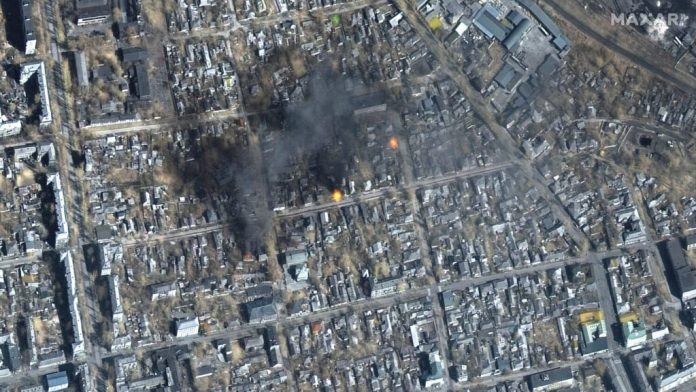 WASHINGTON: The Russia-Ukraine conflict has expanded global military use of commercial satellite communications while raising questions about how much insight US European Command has into the commercial SATCOM industry, EUCOM’s chief information officer said this week.

Speaking at a C4ISRNET event Wednesday, Brig. Gen. Chad Raduege, who also serves as the director of EUCOM’s command, control, communications and computers/cyber directorate, said the war, now in its 113th day of conflict, has resulted in an “explosion of activity” for commercial SATCOM.

“We have seen no step down in performance and, in fact, in many ways, probably a step up in performance just because our commercial partners have been able to keep up with the technology and they’re putting newer and newer capabilities and technology into place,” Radeuge said. “And so that’s absolutely going to be one [area] that as we move forward, we will have to integrate in. The constellations that our commercial partners are putting up help fill in a whole bunch of gaps and make us more connected than ever.”

Although the Pentagon has become very accustomed to dealing with military-provided SATCOM, the command “went from about zero to 100” in terms of requirements in the European theater, he said, adding that there has been a demand signal for more connectivity. Getting those requirements delivered has been one of the major lessons learned for the service.

“I think what we’re seeing as we go through this Ukrainian crisis and we see all the coordination that is required, we are realizing that there are some advanced capabilities that are allowing us to see and have more visibility and better connectivity with our…allies and partners,” he said. “And so whether its some sort of logistics application that allows us to track lethal aid as it comes into theater and gets transferred in as we develop command and control networks with our coalition partners and our alliance itself, all of those alignments work very well towards ABMS.”

But when it comes to the Pentagon’s JADC2 vision, the biggest hurdle the department faces is that “there’s really no destination,” Raduege said.

There’s no indicator of what success will look like, he added, and having a more clearly defined near-term end goal for the effort would help.

Gun Meme of the Day: Oh My Heavens Edition