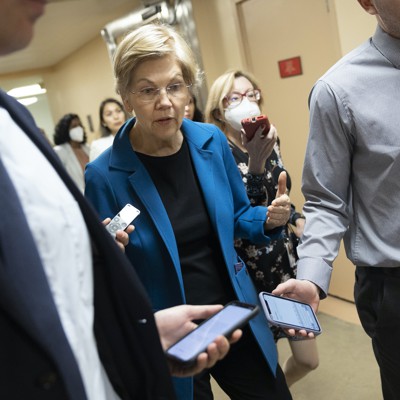 Congressional markup season is upon us. The Senate Armed Services Committee wants to add $45 billion to the Pentagon’s $773 billion fiscal 2023 budget request. The move comes one week before the House Armed Services Committee’s marathon markup, scheduled for June 22. Meanwhile, the House Appropriations Defense subcommittee did not increase the Biden administration’s spending request in its markup of the bill.

But that doesn’t mean more money won’t show up in the Pentagon’s coffers. “We continue to expect SASC and HASC…to add to the FY23 DoD request,” Capital Alpha Partners’ analyst Byron Callan wrote in a June 14 note to investors.

For months, lawmakers on both sides of the aisle have predicted an increase in spending in the wake of Russia’s invasion of Ukraine and record-high inflation. Rep. Rob Wittman, R-Va., a top Republican on the House Armed Services Committee, told Defense News that lawmakers would likely add between $35 billion to $45 billion to the Pentagon’s request.

Progressive Democrat Sen. Elizabeth Warren, D-Mass., laid out her priorities for this year’s National Defense Authorization Act. Of note, a plan requiring the military to use electric or other types of zero-emission vehicles in its non-tactical fleets. “The legislation would require at least 75% of all nontactical vehicles, such as cars, vans, and light-duty trucks purchased or leased by DoD or procured or leased by the General Services Agency (GSA) for DoD, to be electric or zero-emission vehicles while applying Buy American and other standards to create good American jobs,” her office said in a statement.

While the Pentagon’s endeavors to build battle-ready hypersonic weapons get a lot of headlines, countering Chinese and Russian versions is also a top priority. But the Government Accountability Office warns that the U.S. Missile Defense Agency’s efforts to build a new interceptor and space tracking satellites are at risk. “These efforts represent technologies that have considerable risks, but MDA has not taken necessary steps to reduce risks and ensure appropriate oversight from the Department of Defense…or stakeholder involvement, “ GAO said.

The Missile Defense Agency awarded Standard Missile 3-maker Raytheon Technologies a $867 million contract for Block IIA Interceptors, which can cover a larger area than prior versions of the interceptor. It’s the first bulk buy of the missile, which allows Navy ships to defend against short- and medium-range missiles. The “SM-3 Block IIA procurement provides a capability to intercept regional ballistic missile threats when launched and guided by the Aegis Weapon System, and brings significant performance improvement over previous generations of the SM-3 and Aegis Weapons System,” MDA said in a statement. Here’s some more background on the SM-3 Block IIA.

The military’s fixed-wing aircraft are losing readiness, a new Government Accountability Office report found. GAO analyzed eight fixed-wing aircraft fleets, four from the Air Force (the KC-135 tanker, C-5 cargo plane, F-22 fighter, and B-1 bomber) and four from the Navy (C-130 cargo plane, F/A-18 fighter, KC-130 tanker, and P-8 submarine hunter). The mission capable rates for all of the aircraft declined between 2015 and 2021, GAO said. It costs the Air Force and Navy $13.6 billion each year to maintain these eight aircraft fleets. “While the Air Force and Navy have initiatives to address unit-level maintenance challenges, neither service has mitigated persistent fixed-wing aircraft sustainment risks,” GAO said.

The UK’s Ministry of Defense has a new artificial intelligence strategy that it hopes will make it “the world’s most effective, efficient, trusted and influential Defence organization for our size.” The strategy puts forth four key objectives, which you can read about here. “This strategy sets out how we will adopt and exploit AI at pace and scale, transforming Defense into an ‘AI-ready’ organization and delivering cutting-edge capability; how we will build stronger partnerships with the UK’s AI industry; and how we will collaborate internationally to shape global AI developments to promote security, stability and democratic values,” Defense Secretary Ben Wallace said. “It forms a key element of the National AI Strategy and reinforces defense’s place at the heart of government’s drive for strategic advantage through science & technology.”

Finally, John Hyten has been named executive director of Blue Origin’s Club for the Future foundation and a strategic advisor to the company’s senior leadership. The retired Air Force four-star goes to Jeff Bezos’ rocket company after most recently serving as Joint Chiefs vice chairman, and the heads of both U.S. Strategic Command and Air Force Space Command.

The House draft followed Biden’s budget, but lawmakers are expected to debate the funding number next week.

More Javelins, Howitzers, long-range rockets are on the way, but will they arrive in time to make a difference?

Ground commanders have been unable to capitalize on at least one previous cyber strike.

Off-the-shelf spacecraft and lunar-mission gear are also on the table for Space Force’s acquisition command.

Guardsmen in space-related jobs have trouble getting into Space Force schools, leaders say.

The House Armed Services Committee’s version of the defense authorization act is getting a provision asking the Pentagon to account for wasted money and lost productivity caused by poorly performing software.

A new innovation accelerator and multinational VC fund should be just the beginning.