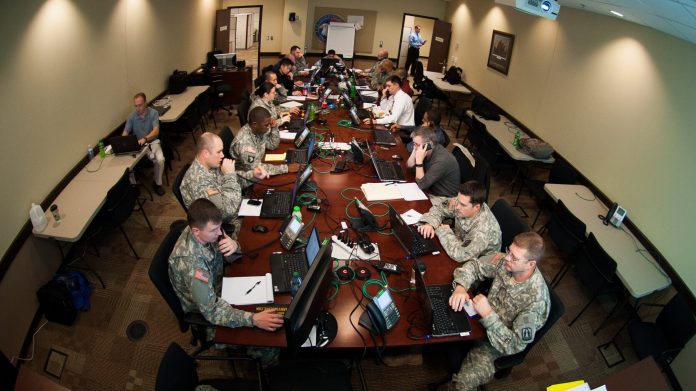 GAO has denied a protest over a $11.5 bn contract from DISA. (DVDS)

Updated 6/16/22 at 3:01 pm ET to include a comment from Gerry Fasano, Leidos defense group president.

WASHINGTON: General Dynamics Information Technology has been denied a bid protest over a contract worth potentially up to $11.5 billion, according to a new ruling released Wednesday by the Government Accountability office.

As a result, the Defense Enclave Services contract will stay with Leidos, which was selected as the winner by the Defense Information Systems Agency (DISA) in February. A little over a week later, GDIT filed a protest with the GAO on March 10.

The Defense Enclave Services program seeks to consolidate systems, personnel and functions, among other program elements. Under the indefinite-delivery, indefinite-quantity contract, which has a potential 10-year period of performance, Leidos will help streamline the Pentagon’s network infrastructure of non-service-specific agencies.

“We are pleased the Government Accountability Office has affirmed the Defense Information Systems Agency’s award,” Gerry Fasano, Leidos defense group president, said in a statement. “Leidos is deeply committed to DISA’s critical mission, and never stopped preparing for the program’s success.” (GDIT declined to comment for this report.)

In an interview with Breaking Defense after the GAO’s announcement, Fasano said that now that the protest effort is over, the contract planning phase begins. Leidos is launching contract initiation reviews for the next 90 days because, he said, the original DES request for proposal was written “probably two years ago.”

“These initial meetings are going to be [needed] to reestablish the baseline,” Fasano said. “‘Hey, here’s what we felt we were asking for two years ago, here’s what’s changed in their environment, maybe some of the agencies we’re onboarding, the order will change or some people will swap in and some people will swap out’…And so we reset the baseline and that’s key. And then we go through a very scripted and documented transition planning for those 90 days that really follows a due diligence, knowledge transfer phase and then a series of operational readiness reviews.”

In a March interview with Breaking Defense, DISA Director Lt. Gen. Robert Skinner said he envisions DES as a way to consolidate contracting for network-related capabilities, reducing the amount of contract actions and activities that need to occur.

RELATED: EXCLUSIVE: DISA’s Skinner On Thunderdome, DES And ‘Transitioning’ From A Hardware Agency

He added DES is a key initiative to the agency’s future work and will work hand-in-hand with another key effort called Thunderdome.

“So what we’re trying to do with the DES contract is through one contractor bringing all the innovation and the good things that we provide from network performance, network monitoring and network management,” he said. “That’s really what DES is supposed to be. We’re trying to integrate, be consistent and accountable for the consolidation of all these IT integrated network operations — that’s the end goal.”

Happy Independence Day!  As we celebrate our liberty…