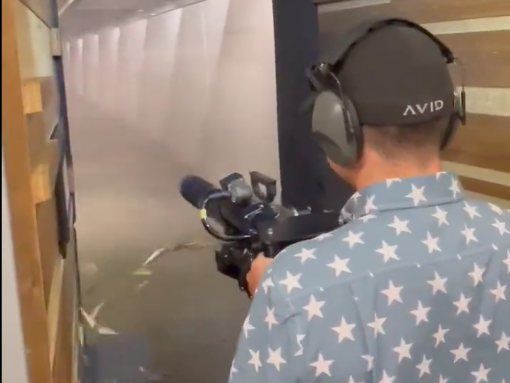 …[Kyle] Rittenhouse posted a video on Twitter, with the caption “Come and take ’em, Joe,” showing him firing a machine gun as dozens of shells fall to the floor. After Rittenhouse finishes shooting the gun, he smiles, gives a thumbs up and says, “Joe Biden, you’re not coming for our guns.”

Rittenhouse’s display was denounced by several prominent figures, including a current lawmaker and a former member of Congress.

Arizona Democratic Representative Ruben Gallego wrote in response to the video that “Kyle is not so bright. The weapon he is firing is heavily restricted by the government. Can’t take what you don’t have.”

Former GOP Congressman Joe Walsh, a self-described “huge gun rights advocate” who is now pushing for gun control measures, wrote on Twitter, “Initially, I felt sorry for this kid, and I sincerely hoped he’d get wise counsel from adults and get his life together. I no longer feel sorry for him. And he’s not a kid. And he’s gone.”

This Is What You Need To Know About a Wood Stove