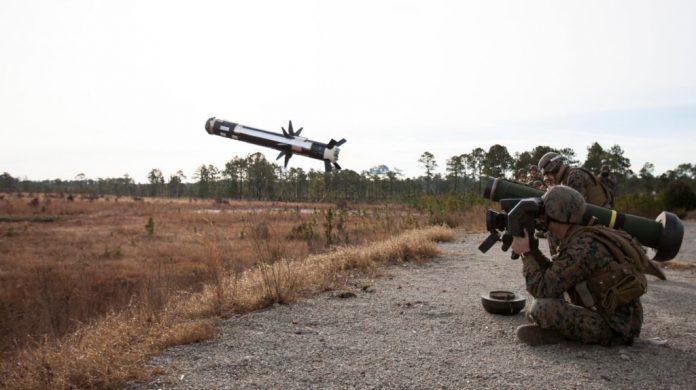 WASHIGNTON: The House Armed Services Committee’s chairman’s mark for the fiscal 2023 National Defense Authorization Act largely stays in line with the White House’s national security funding request, seeking $772.5 billion for Pentagon-specific funds while emphasizing the need to focus on replenishing key munitions that are being used in the Ukraine conflict.

Overall, the mark also requests $29.5 billion for Department of Energy national security requirements, for a total of $802.4 billion in national security funding that falls under the HASC jurisdiction. (Another $11 billion is outside of the committee’s purview.)

The mark is not the final word from HASC, which will have its infamous all-day-and-often-all-night marathon markup session on June 22. But the document outlines Chairman Adam Smith of Washington’s priorities, and sets the overall ground for the debate to come.

Staffers briefing reporters ahead of the release emphasized a focus on the health of the munitions industrial base. That’s an issue that has been cast into the spotlight thanks to the number of weapons being shipped to Ukraine for its fight against Russia’s nearly four-month-old invasion; there are concerns throughout the national security community that not only will the US not be able to meet Ukrainian demand, but that America’s own stocks may not be able to be replenished in a timely fashion.

Smith’s mark would require a Federally Funded Research and Development Center (FFRDC) to do an assessment of the department’s ability to replenish its munitions in four key areas: air superiority, interdiction, missile defense and buried target. The language would also create a pilot program to track the health and security of sub-tier suppliers who may be vulnerable. Finally, it directs DoD to “a new initiative to develop and invest in technologies to reduce the cost, increase reliability, enhance lethality and diversify the supply chain for key munitions,” per a staffer.

Quarterly reports to Congress specifically about the reserves as it relates to Europe and Ukraine would also be required. However, the mark contains no extra funding for Javelins or Stingers above what the Pentagon already requested.

NEW: Chairman @RepAdamSmith has released his version of H.R. 7900, the #FY23NDAA.

Explore the full text of the bill and a summary of the Chairman’s mark:

R&D funding gets roughly a $900 million boost to $131 billion, including $102 million marked out specifically for R&D efforts at historically black colleges and universities. There is also language that seeks to “strengthen talent exchanges with the private sector,” where members of the military could go and spend time in the commercial technology sector in order to bring best practices and new ideas back to the department. And while little detail was given, there are also efforts to create award programs to incentivize acquisition professionals to innovate and overcome bureaucratic barriers.

Other key highlights laid out by staffers include:

It’s unclear what the House version of the NDAA will look like after it goes through full markup, but at some point it’ll have to be rectified with the Senate’s version, a preview of which was provided by the Senate Armed Services Committee last week. That bill features a large jump in the topline budget of $45 billion. Speaking to reporters on June 15, Smith indicated he expected the topline of the House’s version to increase during negotiations, but it was unclear how much.

“…salvation unto the ends of the earth.”