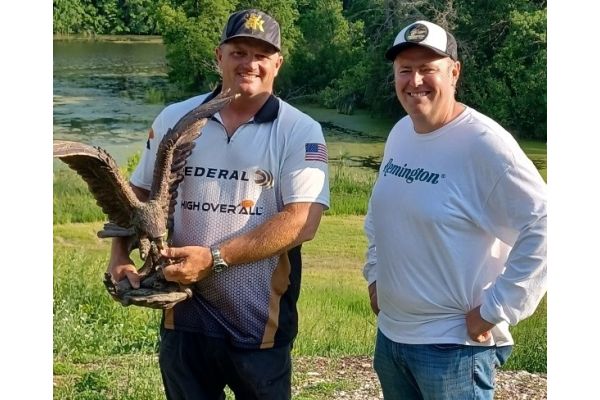 Mein won 1st Place in the High Overall scoring. He won the Main Event and the Super Sport event. He also took 2nd in 5-Stand and 5th in FITASC.

“The difficulty of the targets put an extra need for confidence in my ammo,” said Mein. “Federal HOA and Gold Medal Papers were up to the task providing solid consistent breaks even on the longest of targets, which allowed me to focus on putting the shot on target.”

Team Federal’s Gregg Wolf also had an impressive performance. Wolf won 3rd Place in the High Overall scoring and He placed 4th in the Main Event.

“Mein and Wolf were certainly two of the top shooters of the weekend,” said Federal’s Vice President of Marketing Jason Nash. “It’s incredible to see shooters in the Master class division shoot so well with our products. HOA is great ammo, and this event highlighted its winning capabilities. We congratulate Team Federal on these accomplishments and look forward to seeing more successes at upcoming matches all summer long.”

Engineered for the most elite trap, skeet, and sporting clays shooters, Federal Premium High Over All leaves a trail of shattered targets in its wake and more reloads per shell. It’s hard, high-antimony lead payload and exclusive one-piece Podium wad produce the most consistent patterns, while the solid brass head and tapered, one-piece hull make reloading easier than ever. It’s the ultimate competition load for the world’s best shooters.

Federal ammunition can be found at dealers nationwide or purchased online direct from Federal. For more information on all products from Federal or to shop online, visit www.federalpremium.com.