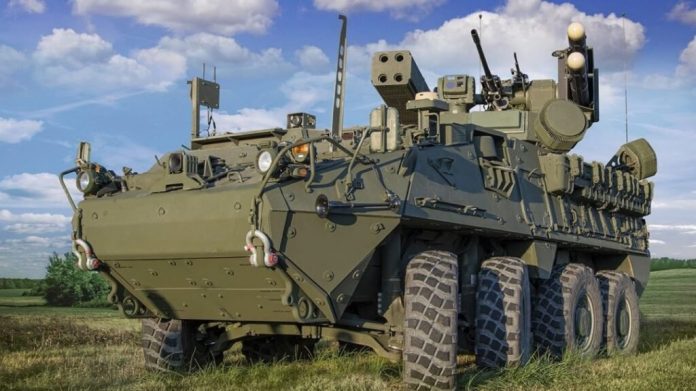 Leonardo DRS and RADA have already collaborated on some projects, such as the Army’s Stryker M-SHORAD program. (RADA)

Under the agreement, announced Tuesday morning, Leonardo DRS will acquire 100% of RADA, with shareholders of the Israeli firm receiving 19.5% equity ownership in the combined company, which will operate under the Leonardo DRS name. The deal is expected to close fourth quarter of this year.

The two companies specialize in defense electronics and radars, or as a press release announcing the deal put it, “force protection and integrated multi-domain systems.” RADA’s product line focuses on tactical radars, with equipment ranging from mobile short-range air defense to counter-UAV capabilities. There are already overlap on some products, such as RADA-made radars that will be equipped on the DRS solution for the Stryker M-SHORAD design.

“RADA’s unique advanced tactical radars are complementary to Leonardo DRS and are expected to improve its position as an air defense, counter-UAS and vehicle protection integrator in the force protection market segment,” the release states. “For RADA, combining with Leonardo DRS is expected to significantly bolster its global competitive positioning and increase its scale, program diversity, cash generation and addressable market, providing significant future growth and value creation opportunities.”

According to an investor presentation, the combined company will have roughly even split in business among three sectors: “advanced sensing,” “network computing” and “force protection.”  A fourth sector, “electric power and propulsion” will also be important, but slightly less so in terms of dollars.

In a statement, Leonardo DRS chief William Lynn said noted that real world factors played a part in moving forward with the acquisition: “The conflict in Ukraine has underscored the vulnerability of forces to drone attacks and has highlighted the need for modern, capable force protection systems. Not only is this accelerating U.S. purchases of these systems, but it is moving European countries, which are considerably behind in this area, to acquire more critical force protection assets. The combination of RADA and Leonardo DRS will open international market opportunities, particularly in short-range air defense, counter-UAS, counter rockets, artillery and mortars (C-RAM) and vehicle protection systems.”

Video: Thieves target charity, quickly realize they underestimated a 76-year-old nun and the power of prayer