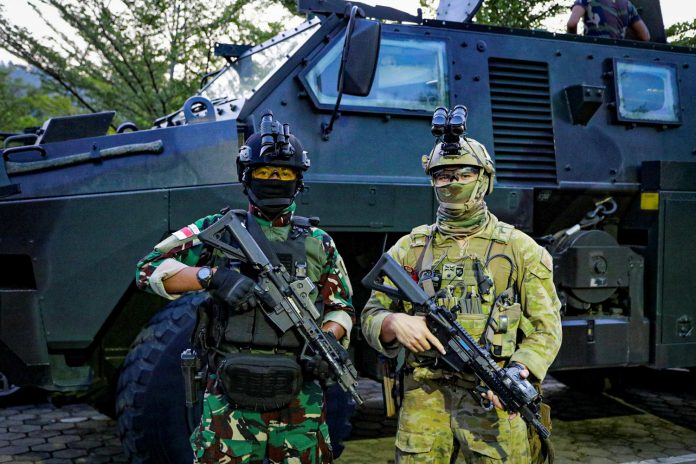 One of the goals of TFB’s Photo Of The Day is to share treasures from the world of firearms and soldiering, while giving credits to the photographer. Here we can see an Australian Army special forces soldier (on the right) from the Special Air Service Regiment and an Indonesian Army special forces soldier from Kopassus (Group III). They’re preparing to conduct a full-mission profile training activity using an Australian-made Indonesian Army Bushmaster protected mobility vehicle.

Overall caption for the images: