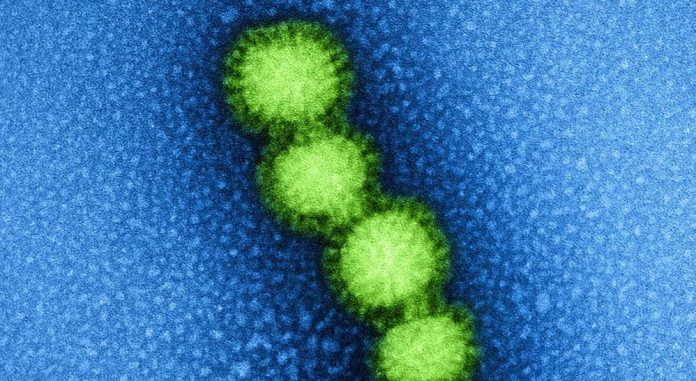 SurvivalBlog presents another edition of The Survivalist’s Odds ‘n Sods— a collection of news bits and pieces that are relevant to the modern survivalist and prepper from “JWR”. Our goal is to educate our readers, to help them to recognize emerging threats, and to be better prepared for both disasters and negative societal trends. You can’t mitigate a risk if you haven’t first identified a risk. Today, we look at various viral threats on the horizon.

The Emerging Viruses of the 21st Century

First up, over at Medical Express: The emerging viruses of the 21st century.  (Thanks to reader C.B. for the  link.) This article begins:

“The recent explosion of monkeypox cases in countries where the infection had not previously spread, coupled with the COVID-19 pandemic, has underscored the rising threat of emerging viruses in the 21st century.

An infectious disease is described as emerging when it is new on the global scene, when its infection agent has changed to become more transmissible or more dangerous or when it is rapidly spreading through new regions.”

The “Compromise” gun legislation package in the Senate now has 14 RINOs on board:

Here is a link to the bill text.

The planned redefinition of “engaged the business” would create millions of unwitting felons, if a private party intrastate gun sale turns a profit. Instead of more logically defining “engaged the business” as selling X number of guns per year, or making  X Dollars of gross sales or X Dollars of profit per year, this legislation trades one vague definition for another one that would ensnare many casual sellers.  Here is the key passage:

SEC. 12002. DEFINING ‘‘ENGAGED IN THE BUSINESS’’Section 921(a) of title 18, United States Code, is amended—(1) in paragraph (21)(C), by striking ‘‘with the principal objective of livelihood and profit’’ and inserting ‘‘to predominantly earn a profit’’…

This is horrible legislation that will ruin gun shows as we now know them, in 32 States. It will have any private party seller living in fear of a felony conviction if they make a profit selling even just a few guns!

The Democrat schemers couldn’t get their “Universal Background Checks”, so they’ve instead put in these weasel words to make most gun sales have to go through FFL dealers. The net effect will be nearly the same.

Please contact your state’s two U.S. Senators and insist that they vote down this entire legislation package.   If they can’t do that, then ask them to fillibuster the package, or to add “killer amendments.”  Here are two suggested killer amendments:  1.) A 180-day NFA machinegun registry amnesty period. There hasn’t been an Federal amnesty since 1968.  And, 2.) Removing short-barreled rifles and short-barreled shotguns from the NFA. Those should both make the Democrats squirm!

Pentagon Plans for Next Pandemic

This was published back in April: With COVID Mission Over, Pentagon Plans for Next Pandemic.  Here is an excerpt:

“VanHerck said the pandemic also underscored the need to review the nation’s supply chain to ensure that the right equipment and medications were being stockpiled, or to see if they were coming from foreign distributors.

“If we’re relying on getting those from a foreign manufacturer and supplier, then that may be something that is a national security vulnerability that we have to address,” he said.

VanHerck said the U.S. is also working to better analyze trends in order to predict the needs for personnel, equipment and protective gear. Military and other government experts watched the progress of COVID-19 infections moving across the country and used that data to predict where the next outbreak might be so that staff could be prepared to go there.”

Another from C.B.: Bird flu arrives in Southwest after millions of birds die.

WHO is Investigating Monkeypox DNA in Semen

Alex D. sent this: WHO says it’s investigating monkeypox DNA in semen. JWR’s Comment:  The fact that this disease outbreak is mainly being transmitted by homosexual men is being downplayed by the Mainstream Media They wouldn’t want to tarnish their Pride [of all unspeakable perversions] Month.

“Since my last letter a fortnight ago Zimbabwe’s economic crisis has escalated at a frightening pace. In a fortnight the street rate for one US dollar has gone from 460 to 600 plus while the bank rate continues to trail far behind at 338. Two weeks ago a loaf of bread was Z$469, last week it went up to Z$640 and yesterday it was Z$825 in my home town. The price of bread which has always been around the equivalent of one US dollar was the equivalent of US$1.40 this week and our shopping baskets went empty.

In the last fortnight fuel went up to US$1.76 a litre but in reality many pump prices went to US$1.80 plus. Tollgate fees also went up, from Z$300 to Z$520 and last night went up again to Z$700. With a big pile of notes in hand you approach the tollgates. They vary from big structures with multiple lanes to a roof across the highway and a dirty, battered drum in the middle of the road.”