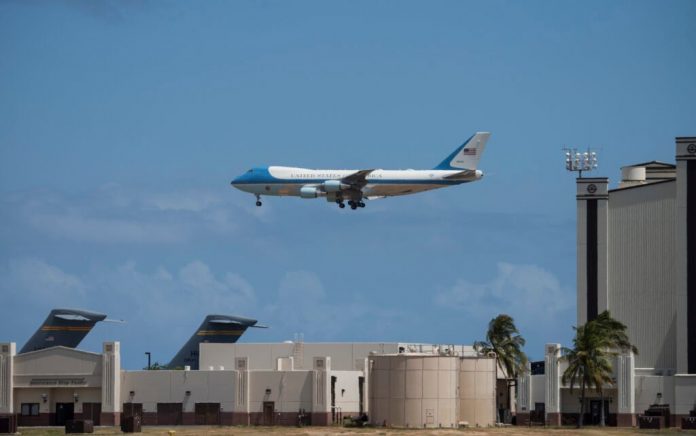 WASHINGTON: Boeing’s next generation Air Force One plane is more than $1 billion over budget and at least two years late, but that hasn’t stopped it from seeking more money from the Air Force for what the company sees as changes to previously agreed upon technical specifications, the Air Force’s top acquisition official said today.

In 2018, the Air Force and Boeing signed a $4.9 billion fixed-price contract for the engineering, manufacturing and development phase of the VC-25B — commonly known as Air Force One when the president is onboard. After the program became delayed due to issues with a now-bankrupt subcontractor, Boeing has racked up $1.1 billion in cost overruns that it must pay out of pocket.

However, the nature of the contract also gives Boeing wiggle room to ask for more money every time it can make a case that what the Air Force says it wants exceeds the stated technical requirements — a circumstance that Andrew Hunter, the Air Force’s assistant secretary for acquisition, technology and logistics, called a “problematic incentive” during a roundtable with reporters today.

“When you’re in this arrangement, the Air Force comes and says, ‘What we really need the airplane to do is this.’ Boeing says, ‘Well, you know, our written contract doesn’t use those exact word,’” Hunter said.

“You get this dynamic, where they become very focused on, ‘We need to finish, we’re going to finish what’s in the contract, anything that appears to us to be in any way, shape, or form not 100% required explicitly in the contract is an extra bill.’ And so it doesn’t align the incentives between the government and the contractor. And that’s the challenge.”

Hunter didn’t elaborate on which specific systems or technical specifications Boeing and the Air Force are at odds on, but said there’s an opportunity to work through these issues as the parties discuss “consideration” — DoD speak for financial consequences due to a breach in contract, in this case Boeing’s failure to deliver VC-25B on time.

He added that he’s less concerned that Boeing could draw out the development and delivery of the aircraft because “every additional day they don’t deliver the airplane it costs them more, and they’re losing money.”

Boeing declined to respond specifically to Hunter’s comments, stating that it remains focused on delivering the two Air Force One planes.

“We continue to make steady progress on the VC-25B program, while navigating through some challenges. It’s an honor to be entrusted with this responsibility and we take particular pride in this work,” Boeing said in a statement.

The Air Force expects Boeing to deliver the first VC-25B aircraft two to three years later than its original schedule, which set the milestone in 2024.

Beyond the VC-25B program, the Air Force has an effort underway to work through “a range of business issues” with Boeing, including challenges with Boeing’s internal business systems and obtaining data needed to definitize contract agreements such as F-15EX, Hunter said.

“We’ve just had a hard time with some of these contract proposals, getting on the same page about, do we actually have the information we need to move to a final contract,” he said. “How do we fix that? How do we get to a place where you’re able to come in on the front end with the information that the Air Force needs? We can always haggle over price. But we shouldn’t be at a loss because we just can’t get the right data to answer the question.”

Israeli Battle Dressing: Does It Belong in Your First Aid Kit?