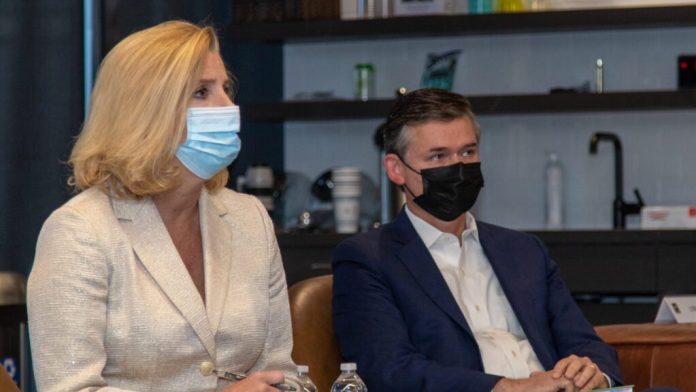 WASHINGTON: House lawmakers want clarity about who is in charge of the Army’s broad modernization effort after a directive from the service, which appeared to suggest a realignment of the acquisition enterprise, caused confusion on Capitol Hill.

The May 3 directive signed by Army Secretary Christine Wormuth, first reported by Breaking Defense, gave primary oversight of the Army’s research, development and acquisition efforts to the assistant secretary of the Army for acquisition, logistics and technology (ASA(ALT)) — a decision viewed by some lawmakers as downgrading Army Futures Command, the office seen as leading the service’s broad modernization effort.

Wormuth previously told lawmakers that the directive itself was only meant to “clarify” acquisition roles. Under the directive, the commanding general of Army Futures Command was told to coordinate with the ASA(ALT) on research, development and acquisition.

Apparently not mollified by Wormuth’s prior explanation, lawmakers added an amendment to the House Armed Services Committee’s fiscal 2023 National Defense Authorization Act asking for additional insight into the roles within the Army’s acquisition enterprise, while threatening to nullify the recent directive if the Army doesn’t produce answers.

The HASC NDAA, passed by the committee overnight, requires the Army to submit a “plan that comprehensively defines the roles and responsibilities of officials and organizations of the Army with respect to the force modernization efforts of the Army.” If the Army fails to send the report to Capitol Hill within 180 days of the HASC NDAA becoming law, Wormuth’s directive will have “no force or effect.”

The HASC NDAA amendment, added by Rep. Mikie Sherrill, D-N.J., states that the plan must identify the Army official who holds “primary responsibility for the force modernization efforts” and specify the roles, responsibilities and authorities of that official. The plan must also “clearly define” the roles, responsibilities and authorities of Army Futures Command and ASA(ALT), as well as any other officials and organizations, with regards to modernization.

Congress is closely watching the issue because the Army is spending billions on a massive, long-term modernization effort that will see the service buying new helicopters, ground vehicles, air defense systems and more. Army Futures Command oversees eight cross-functional teams that lead the development of the modernization programs.

A spokesperson for the Army told Breaking Defense May 3, the day the directive came down, that previous directives relating to Futures Command had “the unintended consequence of creating ambiguity” and that the memo in question “eliminates that ambiguity with clearly defined roles.”

However, the changes have not been straightforward to lawmakers. Throughout several hearings in front of Senate and House committees in May, Wormuth was continuously asked if the Army was downgrading AFC within the service.

“We are not downgrading Army Futures Command,” Wormuth told the House appropriators on May 17. “There have been some ambiguities in the previous directive that talked about the relationships between army futures command and the assistant secretary for acquisition, and this directive was just trying to clean up some of that ambiguity.

How to Maintain Bow Accuracy All Season Long