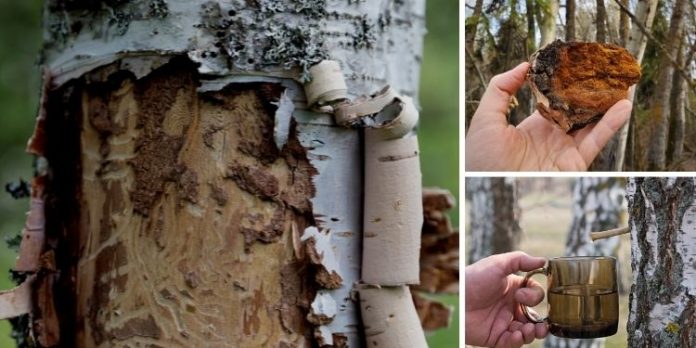 Birch trees are one of my favorite trees. Not only are they beautiful, with their distinctive bark and slender trunks, but they are also beneficial.

Birch can be used medicinally, can provide survival food, and can be used to make furniture and crafts. You would think that would be enough for everyone to know about it.

But there’s more. Birch also plays host to a fungus that can boost your immune system. Keep reading to learn more about this survival tree.

Birch is such a valuable plant to know because you can find it just about everywhere.

Related: The Most Common Edible Trees Growing In Your State

Birch trees are native throughout the Northern Hemisphere, so you can find them growing just about anywhere you find yourself. They are in Europe, Asia, and North America.

In North America they can be seen as far north as Alaska, and there are even species that are native to Arizona.

There are more than 40 different species, and each has unique growth requirements. So keep your eye out to learn which species are common in your area.

Despite the differences, the species do have some commonalities, so let’s learn how to identify them.

With many species of birch out there, it can be overwhelming to think of learning to identify them all.

I recommend focusing on the species that are common in your local area.  However, there are some similarities among the different species.

⇒ Learn How To Tell Apart Edible Plants And Their Poisonous Lookalikes

The easiest way to identify birch is by looking at the bark and leaves.

While birch can appear similar to either beech or aspens, it becomes easy to distinguish them once you know what you are looking at.

When looking at birch trees, the bark always stands out.

While the color of the bark changes depending on the species, they all feature distinctive lenticels– dark horizontal lines. The bark also often separates easily into thin papery sheets. 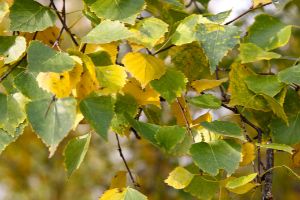 Birch trees usually have triangular or spear-shaped leaves with serrated edges. The base is rounded, and the tips are pointed.

While they are glossy green in spring and summer, birch leaves change to magnificent reds, yellows, and oranges in fall.

Once you have correctly identified your birch trees, it seems like their uses are endless.

The tree can be used medicinally, tapped for sap, eaten, and used for crafts. Let’s look at these more closely.

Birch leaves, twigs, and bark can all be used medicinally. Leaves and twigs are known to be anti-inflammatory and relieve pain.

⇒ Similar to Morphine: The Best Natural Painkiller That Grows In Your Backyard

It is best to harvest in the spring when the sap is flowing. This will give you the greatest concentration of beneficial chemicals.

The best way to use twigs is to tincture them in alcohol. That will help extract the terpenes that give birch its distinctive wintergreen scent and flavor.

Leaves can be steamed and inhaled for respiratory problems. You can also brew them into a tea to treat various times of inflammatory pain and kidney and urinary problems.

Spring buds can also be infused into oil and used topically for pain relief and to help with certain skin conditions. 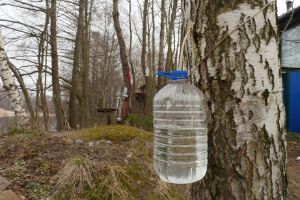 While birch sap isn’t as sweet as maple syrup, it does have a distinct wintergreen flavor that made it a popular additive in sarsaparilla. You tap birch trees in the spring, just like maples.

Birch sap can be consumed fresh, straight from the tree, fermented into wine, or cooked down into a syrup.

If you are thinking about making syrup, you should know it takes more birch sap than maple sap to achieve the same amount of syrup.

Native Americans traditionally used birch bark to make canoes, baskets, and other waterproof containers. But did you know that it is a survival food as well?

I won’t tell you that it tastes great, but it will keep you alive in a pinch. It’s the soft inner bark that is edible. 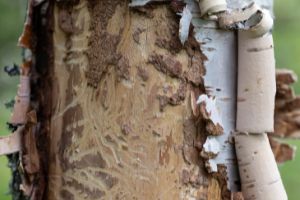 To reach the edible part, you will need first to peel off the outer bark.

This should be done lengthwise rather than horizontal to cause less damage to the tree.

Don’t dispose of the outer bark. You can use it to make a waterproof container.

Once you have removed the papery bark, you will find the soft inner bark that you can eat. Now you can grind it up into a paste or dry it out and use it as flour.

Birch trees produce attractive wood that carpenters use in construction. It is often used to make furniture and cabinetry. But it also has other more practical survival uses.

Birch makes excellent firewood. It will burn well even if you harvest it in the dead of winter. Frozen logs will burn, helped out a bit by the oils in the bark. You can shave down some logs to create firestarters as well. 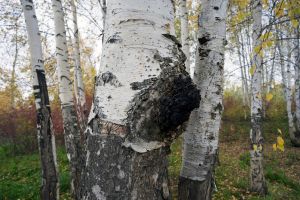 The Chaga mushroom is a parasitic fungus that can be found on birch trees.  It looks a bit like black charcoal growing on the trunk. Don’t be put off by the appearance.

This mushroom has many medicinal qualities, including heart disease and aiding with diabetes.

However, It is primarily used to reduce inflammation and boost your immune system.

What If You Can’t Find a Birch Tree

While birch is one of my favorite survival trees out there, it is certainly not the only tree with many uses. You will find that maple trees are another example of useful trees to be able to identify in a survival situation.

We all know about maple sap and syrup, but did you know the leaves are edible as well? That’s right, they are.

Pick them when they are young and tender rather than older and tougher. You can eat raw or cooked, whichever you prefer. You can also eat the seeds and inner bark.

You will also find numerous medicinal uses for the leaves and bark from the maple tree.

In fact, the more you study the trees around you, the more uses you will find for trees in your backyard.

Make Your Own Respiratory Relief Tea

How Far Apart Should Deer Feeders Be? See This Ultimate Guide