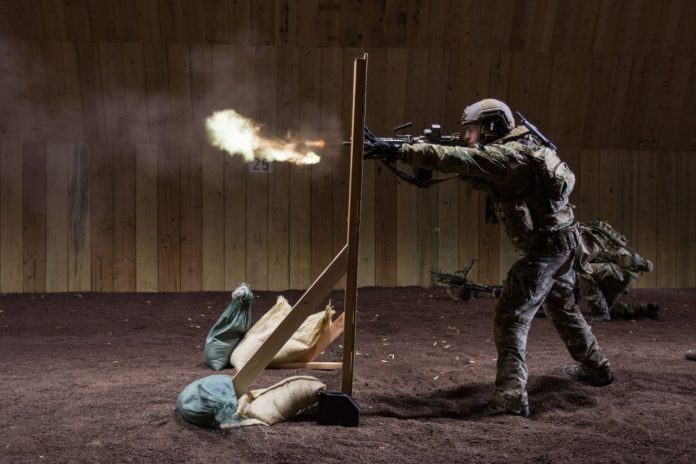 Posted 6 hours ago in MIL/LE, Photo Of The Day with No Comments
Tags: Germany, Panzer Kaserne, special forces

The word photograph is a combination of Greek words and means “drawing with light”. The word was invented by Sir John Herschel, over 180 years ago. When I think of this, I see things like the picture above, where an U.S. Army operator is working that barricade with various drills. The pictures are from an advanced marksmanship drill, during a training event at Panzer Kaserne, Germany. This photo was taken at a month-long Special Forces training event that evaluated team skills and readiness.

A good quote to go with these images is: “Nothing builds confidence like live ammo” by Tim Dorsey, Atomic Lobster. It looks like there’s plenty of safety with that kind of backstop. Today is the prepper’s holiday, Paratus. It was originated by Commander Zero. He is the Editor of Notes From The Bunker.