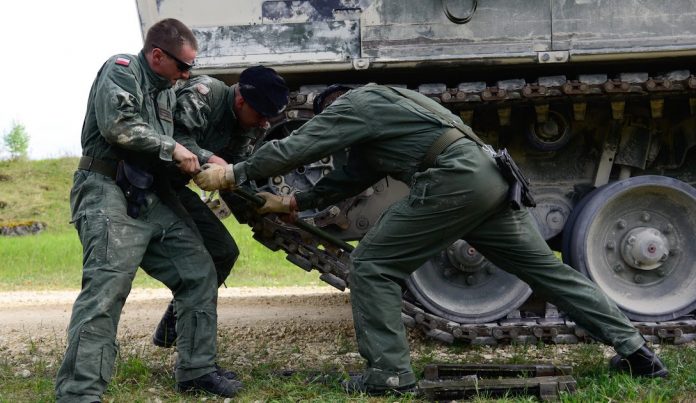 One expectation / opinion of mine that was kind of confirmed by the Russo-Ukrainian War is that mechanised forces need secure resting (hiding) bivouacs.

They have extraordinary supply demands to catch up with (supply is unlikely to work all the time), extraordinary maintenance and also repair needs and extraordinary human rest needs (tracked vehicles are noisy, vibrate much and most have no air conditioning, furthermore armoured action can be very intense). The combat power of armoured troops would be spent quickly and likely to little use if they were used with high intensity for more than four days in a row.

My reasoning was basically that the German army of WW2 was about 85…90% infantry/artillery formations and only about 10% formations with many armoured vehicles, and the latter were able to rest, recuperate, repair behind a front-line formed by infantry and artillery.

Concealment (usually by woodland) and some battlefield air defences (mostly 20 and 37 mm guns) were enough to make these resting bivouacs very safe places for them.

An alternative approach was used by the resources-rich Americans; they gave more tanks to an infantry division than a German tank division had and had thousands of friendly tactical aircraft in support, and in consequence those armour units were also quite safe.

So my concern for the past ~12 years was that there would not be safe-enough bivouacs for armoured units due to the marginal quantities of infantry available. This is not just about combat power of infantry; the lack of delaying forces would mean that an armoured raid could advance 20+ km in an hour, so a bivouac could even be overrun, or come into even mortar range unexpectedly. A French armoured division was indeed overrun in its nighttime bivouac in 1940.

I looked at some things, and settled on a combination of militia infantry battalions (kind of the Ukrainian Territorial Defence forces, but better trained before the war) and small mechanised battlegroups as skirmishers well in front of most (then resting) armoured forces as the way to go.

So what is being done in Ukraine: The Russians saw their infantry shortage and did not keep armoured formations in good hiding positions in the relatively safe rear areas. They kept them rather close forward to reinforce the front. The BMP IFVs were not separated from their dismounts (infantry), so they must have been particularly exposed. Their main battle tanks were apparently operating in platoon strength much of the time, so they were dispersed very much as well.

We also saw MBTs used (and destroyed by ATGMs) in overwatch positions in Yemen and Syria, with Arab kleptocrat state armies and Turkish army making use of their good sensors instead of properly equipping the much easier-hidden infantry for observation.

Western land forces would probably have acted the same way as the Russians due to their weak infantry component.

The result of such behaviour is that armoured vehicles are much-exposed, easily found, identified and targeted with artillery. This is particularly troublesome against an opposing force with bird’s view. This behaviour also leads to a dispersal of armoured vehicles, which makes it harder to mass forces for aggressive localised actions. This in turn leads to an inability to advance much, even though the infantry weakness should ‘only’ make it hard to hold ground.

It is a bit weird to see so little infantry in Western armies, as infantry is not really more expensive than many other branches. Many young men want to be infantrymen, especially some kind of special infantryman (“ranger”, “commando”, “marine”, “para” are ‘sexy’), due to male hardcoding and cultural reasons.

So given the apparent difficulty to recruit (and re-enlist) enough full-time infantry, the way to might indeed be to set up militias (basically independent infantry battalions) that do give a decent training (six months basic, more for NCOs) and possess decent equipment. The frontier countries would naturally be expected to have impressive militias, while the more rearward countries of NATO and EU would not need to have full recruiting for the militias; their surplus of militia equipment could be valuable aid to countries under threat or attack.

And then – only then – after solving the infantry shortage we might be able to make armour work anything like it’s supposed to work in our doctrines.

By the way; the issues I’ve mentioned here do of course not show up in a few days of exercise in mere battalion strength on an unrealistic “open fields + woodland” exercise area. They were easily anticipated and easily deduced from military history, though.

Ukraine dependent on arms from allies after exhausting Soviet-era weaponry