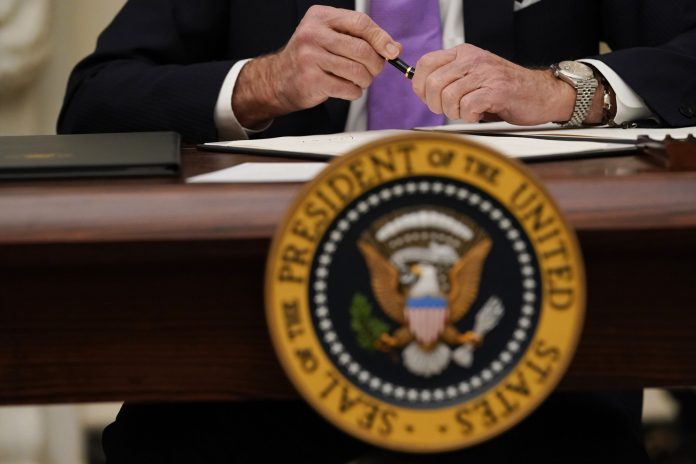 Anxious to vote and get the hell out of Washington, DC for their scheduled two-week break (and before the city burns) the House of Representatives quickly rubber-stamped the Cornyn-Murphy gun control bill today after it cleared the Senate late last night. Much like the Senate, 14 Republicans voted for the bill in the House (15 GOPers voted yes in the Senate).

The Do Something Gun Control Bill of 2022 — actual name: the Bipartisan Safer Communities Act — is a vaguely written, ill defined hash of measures that throws money at states ostensibly to fund mental health programs and to encourage them to enact due process-free gun control laws.

The bill also subjects adults under 21 years of age to a higher degree of scrutiny during the background check process. And as Reason’s Jacob Sullum makes clear, much like the rest of the bill, the “enhanced background check” process is poorly and dangerously written.

The Bipartisan Safer Communities Act not only blocks gun sales to young adults with disqualifying juvenile records. It permanently strips them of their Second Amendment rights, adding the phrase “including as a juvenile” to the list of criteria that make gun sales to certain buyers illegal. Current law makes it a felony for “any person” to transfer a gun when he knows or has “reasonable cause to believe” the recipient is disqualified. As amended by this bill, that provision would prohibit transfers to people with disqualifying juvenile records, even after they turn 21.

That means a teenager who is convicted of a crime punishable by more than a year of incarceration would not be allowed to buy firearms as an adult. Likewise for a teenager who is subjected to involuntary psychiatric treatment, provided that happened “at 16 years of age or older.” Those changes magnify the irrationality and injustice of the current rules, which criminalize firearm possession long after a conviction or commitment order, regardless of whether a would-be gun owner has ever done anything to suggest violent tendencies. It is especially perverse to deprive adults of their constitutional rights based on what they did (or what was done to them) when they were minors.

Even the NSSF’s President and CEO Joseph Bartozzi, who supported large sections of the bill, ultimately concluded that “the ambiguity over state records, the lack of clear definitions, and unaddressed due process concerns prevent us from supporting this legislative package as presented.”

None of that really matters, though. The Cornyn-Murphy bill, rushed through both houses of Congress after a massacre in an election year, was never intended to make our communities safer…or anything even approaching that. Literally everyone involved knows that, but continues to spout the requisite platitudes, happily keeping the kabuki going.

Now that it’s cleared Congress, someone will soon steer President Biden to a desk with many pens on it where he can sign the bill into law and robotically hail the first gun control legislation in three decades as a momentous achievement in bipartisan compromise.

In the end, though, nothing will change in our political environment. Today, the corrupt corporate media and Democrats will herald the law as breaking a “logjam,” the first gun “safety” law in 30 years. This is untrue. Congress has passed numerous gun laws. Thousands of gun laws and regulations exist in the United States. No right has ever been more regulated. And, in a few days, Democrats will return to accusing Republicans of supporting terrorism and abetting child murder. Senators like Murphy will be back to demanding bans on semi-automatic rifles and arguing for backdoor national registries. Within weeks, if not earlier, the media will tell us that the bill was a mere, tiny, first step in bringing the United States in line with other civilized countries. For one side, the “Bipartisan Safer Communities Act” will be a fleeting win, for the other, an incremental step in a crusade to limit national gun ownership.

[VIDEO] Wrapping up the last day of AUSA