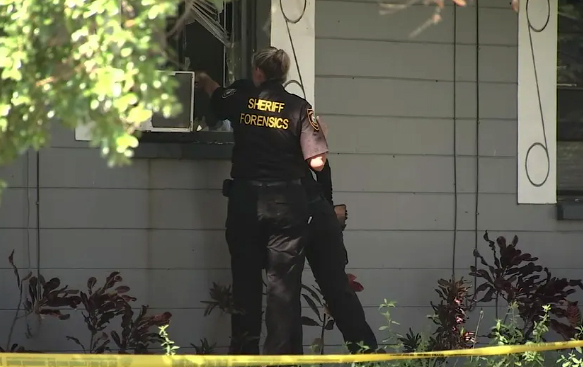 You’re allegedly more likely to be shot by someone you know. One good way to reduce that risk, of course, is to avoid breaking into an acquaintance’s home in the middle of the night. That’s a lesson a Clearwater, Florida man failed to learn.

A woman who lived next door to 26-year-old Justin William Wright woke up to find him standing in her bedroom after he broke in through a window. Then he attacked her.

“She was able to reach out and call 911 during this attack, but the attack persisted,” CPD Chief Daniel Slaughter said. “At which time, she was able to retrieve a gun that she had lawfully.”

The victim managed to get a gun and fatally shot him in self-defense, according to police. Slaughter said the woman had injuries that were consistent with a self-defense situation.

“We’re going to avoid talking about too many of the details, but I can tell you she was asleep in the residence,” he said. “She was attacked. She does have injuries that are consistent with that attack.”

Another hard-earned lesson by a Florida Man. The shooting is still officially under investigation.

“We certainly don’t just chalk it up to self defense and move on,” [Chief Slaughter] said. “There is an awful lot of work that has to occur. The crime scene is going to be investigated just like any other death or murder or homicide or as in this particular case, potentially a justified homicide.”

In he mean time, the woman will have to live with the horror of what happened to her for the rest of her life. But that’s probably far better than what the late Justin William Wright had planned for her.