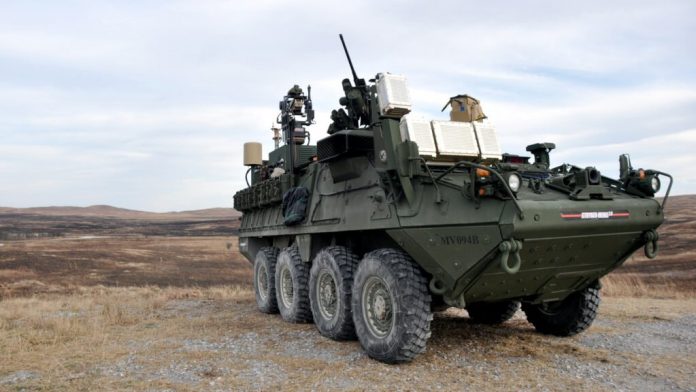 WASHINGTON: House lawmakers on the Armed Services Committee want more information from the Pentagon about its future plans for integrating directed energy weapons into its air defenses, and say the US should talk more with an allied nation making progress in the field: Israel.

The HASC’s version of the fiscal 2023 National Defense Authorization Act included several amendments aimed at bolstering US and allied air defenses against unmanned aerial systems, rockets, artillery and missile threats amid conflicts in Europe and the Middle East that lawmakers said highlight the need for strong air defenses.

“The committee believes that with recent Russian actions in Ukraine, ongoing efforts by Iran and Iranian proxies to use cruise missiles to destabilize and undermine regimes, and growing Chinese capabilities, air defense for the United States and our allies is an increasing priority,” read an adopted amendment from Rep. Doug Lamborn, R-Colo. “This threat environment makes efforts to incorporate allied platforms, such as those with NATO and Israel, into future air defense architectures all the more important.”

Lamborn’s amendment noted that the committee “believes that directed energy technology has matured to the point where it may be successfully deployed against current rocket, artillery, mortar, and cruise missile threats.”

RELATED: Beyond killing drones, Israeli laser knocks mortars out of the sky

The legislative language especially highlighted the US Army’s efforts, including the service’s Rapid Capabilities and Critical Technologies Office work in developing directed energy prototypes to defend against different sizes of drone threats, in addition to rocket, artillery and mortar threats. The office’s Directed Energy Maneuver-Short Range Air Defense (DE SM-SHORAD) prototype was tested against drones and mortars last year and reportedly had some success, and the committee urged the Army to continue testing prototypes.

The committee requested that the Army’s top acquisition official brief the committee on DE M-SHORAD’s strategy to transition into a program of record, including development, testing and production schedule. Additionally, lawmakers wanted to know how the Army plans to integrate directed energy systems into its Integrated Battle Command System, another signature modernization platform that will provide improved command and control capabilities to commanders.

The committee also called out the importance of developing high power microwave (HPM) capabilities to defeat drone swarms. The Army recently completed a demonstration where HPM systems tackled swarms of small drones, with limited success. One adopted amendment “encourages” the Army to seriously consider HPM as part of layered air defense for fixed and semi-fixed sites.

The language, added by Rep. Robert Wittman, R-Va., directed the Army secretary to brief the committee on a strategy for developing and testing “scalable, modular” High Power Microwave systems that can detect and track small-UAS swarms and tie into the service’s air defense battle command system.

Lamborn’s amendment would require the Missile Defense Agency director and service secretaries to brief lawmakers on expanding collaboration on air and missile defense architectures with allies, including Israel. More specifically, it also directs the Army to evaluate the interoperability of Israel’s Iron Dome air defense system, which the service has tested, and brief the committee on any plans to use the Iron Dome system.

Another adopted amendment from Rep. Elaine Luria, D-Va., would require the defense secretary to brief the committee on the “current state” counter-UAS capabilities of allies and partner forces in the Middle East. The report would require information about the cUAS capabilities and its impact on “the security of United States and allied forces in the region against UAS attacks, and the force protection requirements for the United States and allied forces, including air defense capabilities.”

HASC passed its $839 billion defense authorization bill out of committee in the early hours of Thursday.

A Drink for Jakko – Defense One

4 Diseases That Could Become Deadly After SHTF