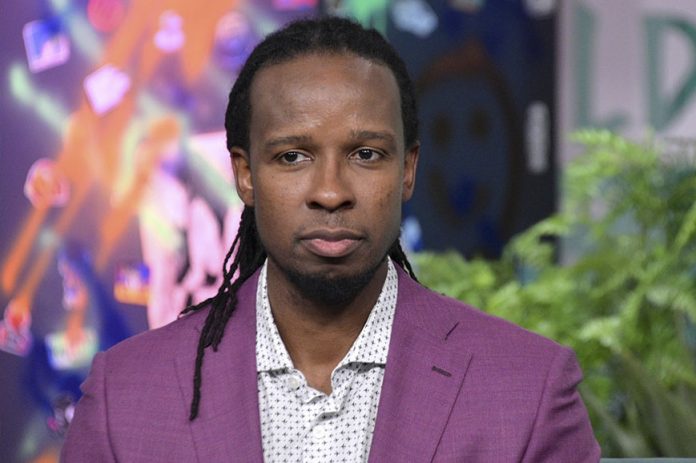 People who fight for freedom to have guns are analogous to slavers who fought for the right to enslave people. — Ibram X. Kendi, on @FaceTheNation

So, someone who exercises 2A right to protect family no better than a slaver?

Kendi’s estimation is that if someone supports gun ownership, they also support exploiting people. Got it. There was no follow-up or pushback from Brennan. Naturally.

Over the last 30 months or so, law-abiding black Americans have been among the most likely to embrace the Second Amendment and take up lawful firearm ownership. NSSF data showed that African Americans purchased firearms at a rate of 58 percent more in 2020 than they did in 2019.

It wasn’t just black gun buyers either. During the same span, 49 percent more Hispanic Americans purchased firearms and the rate was 43 percent more for Asian Americans. Since 2020, more than 14 million first-time buyers have lawfully purchased a firearm making the gun-owning community the most diverse it’s ever been.

NAAGA Founder and President Philip Smith saw it coming even further back. He started his group in 2015 but noted recently he’s seen “an awakening” among African Americans and their interest in the Second Amendment.

“It’s a value-add to their family household, as opposed to, let’s say, 10 years ago or six years ago. This is a movement in a certain direction, and I think it’s a good direction,” Smith added.

He also owns several firearms, including more than one Modern Sporting Rifle (MSR), or the so-called “assault weapon” Kendi described.

Far from the “old white man” caricature often portrayed in a media that is generally pro-gun control and antigun, Pew Research tells a different story. A truer one. While 36 percent of white Americans freely reveal they are gun owners, 24 percent of African Americans and 15 percent of Hispanic Americans say so too, likely under-reporting gun ownership figures.

Professor Kendi may be disappointed to learn that a simple Google search of “Changing face of American gun owner” returns no shortage of fact-based reporting on who exactly is embracing the Second Amendment. It is not Americans seeking to “exploit” and “enslave.”

NAAGA’s Smith has revealed his national pro-Second Amendment group has nearly 50,000 members and has gained 1,000 or more new members each month since 2020. One of those members is Zhe Parson of Petersburgh, Va.

Parson’s father, grandfather and uncles were all gun owners and they helped teach her safe and proper gun use. She owns three guns today and encourages her girlfriends to learn about gun ownership.

“A lot of people of color don’t necessarily want firearms in their possession or anywhere near their children or their family because of fear something could happen,” Parson told media. “A lot of that is about not knowing about gun safety. But the numbers are going up because of one thing: black people, black women included, want to protect themselves.”

Kendi gets plenty wrong in his analysis and equating being pro-Second Amendment with being pro-enslavement, as he terms it. He ignores the long-standing history of black gun ownership in America and African American support for that God-given right. The NAAGA website highlights the pro-gun rights struggles of the black Panthers, the Tuskegee Airmen, Harriet Tubman and more.

In his op-ed in The Hill, law professor Jonathon Turley points out the numerous flaws in the “Second Amendment is racist” narrative. Kendi and those who share his views get it wrong, Turley writes, and how far too often, their theories are, “not challenged on the Second Amendment’s history or purpose, despite overwhelming (and largely ignored) evidence to the contrary.”

The Second Amendment is colorblind and is for all law-abiding Americans, no matter one’s race, gender or creed. Recent history shows us more African Americans are exercising their right to own a gun. They are choosing empowerment over exploitation no matter what Prof. Kendi believes or claims.

“…ought diligently to read and to study the constitution…”