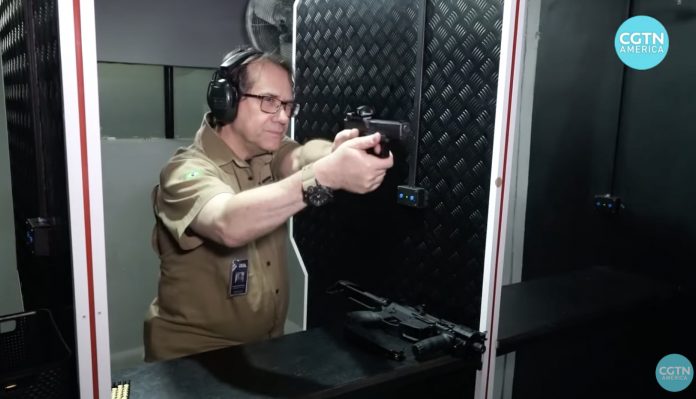 One of the biggest lies mainstream media, politicians and anti-gun activists push is that empowering individuals to keep and bear arms for personal defense always leads to an uptick in violent crime.

But this is simply not the case.

Take a look at Brazil.  In 2019, 15 days after being sworn into office, Brazilian President Jair Bolsonaro made good on his campaign promise to make it easier for law-abiding citizens to keep arms for self-defense inside the home.

“To guarantee the legitimate right of defense, as president I am using this weapon,” Bolsonaro said, as he held up the pen he used to sign the decree. “I signed this decree, created by many upstanding people, so that at this first moment, upstanding citizens can have peace inside their homes.”

Lott goes on to say, “By November 2021, Mr. Bolsonaro had made 32 changes to ease Brazil’s gun laws. Brazilians were allowed to own more and more-powerful guns—up to six guns and up to .50 caliber, the same maximum caliber as the U.S. He raised the maximum annual ammunition purchase to 5,000 rounds a year from 50. He made it easier to carry concealed handguns in public.”

“Before Mr. Bolsonaro, Brazilians had to pay $260 for a new gun license and $25 every three years to renew it. This put legal gun ownership out of reach of the poor. The initial license fee has fallen to around $18.50, and licenses are good for 10 years,” he added.

If relaxing gun laws was directly correlated to crime rates, specifically the homicide rate, Brazil should’ve witnessed a huge surge. But, as Lott pointed out, it hasn’t. Killings are down.

Well, maybe the opposite is true. Maybe allowing good guys to bear arms has a chilling effect on criminals. Maybe they’re less likely to offend if they think they’re going to encounter armed resistance.

Could very well be the case. But even if it isn’t. The situation in Brazil shatters the myth that expanding gun rights to responsible citizens is a recipe for increased chaos and bloodshed.

How People Will Become the X Factor in a Crisis