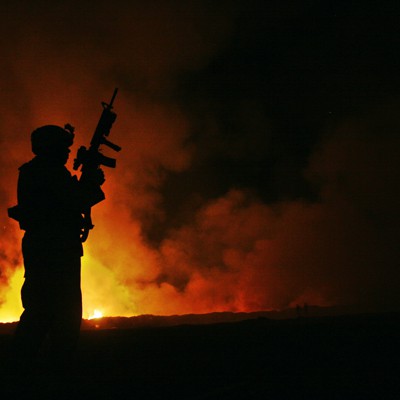 States cannot evade lawsuits filed by state employees who are called to active duty by the Reserve or National Guard and subsequently lose their state jobs, the Supreme Court ruled in one of the final cases of the current term.

In a 5-4 split, Justices John Roberts and Brett Kavanaugh sided with Justices Sonia Sotomayor, Elena Kagan, and Stephen Breyer to rule that Texas cannot claim sovereign immunity from a lawsuit by a former Texas State Trooper who was called up to serve in Iraq in 2007, came home sick, and was subsequently fired.

Service members are protected from losing their jobs due to deployments under the Uniformed Services Employment and Reemployment Rights Act of 1994, or USERRA. However when the employer is the state, it’s been more difficult to seek remedy because of sovereign immunity, a constitutional provision that empowers states to summarily reject some state and federal lawsuits filed against them.

In Wednesday’s ruling, the justices found the states do not have sovereign immunity when it comes to USERRA.

“By ratifying the Constitution, the States agreed their sovereignty would yield to the national power to raise and support the Armed Forces,” Breyer wrote in the majority opinion. “Congress may exercise this power to authorize private damages suits against nonconsenting States, as in USERRA.”

The ruling means that Texas will now have to hear Le Roy Torres Vs. the Texas Department of Public Safety, which challenges how the state handled his return from deployment. After Torres came home from Balad, his lungs had deteriorated to the point he could no longer serve as a State Trooper.

Torres’ health has deteriorated since and he is on medical oxygen. Under the case that Texas must now hear, Torres could recover years of lost pay and benefits that were the result of his firing.

He and his wife Rosie Torres formed BurnPIts360 to draw attention to the number of veterans facing lifelong health issues after burn-pit exposure. With the help of comedian Jon Stewart, the Torres’ and a team of veterans organizations have been able to get through the PACT Act, or “Promise to Address Comprehensive Toxics,” a $300 billion program that expands the number of diseases such as cancers that veterans can receive care for after burn pit exposure. President Joe Biden has said he will sign the bill into law.

On Wednesday, Rosie and Le Roy were with their attorneys at BurnPits360 headquarters in  Robstown, Texas, when the Supreme Court released its decision. It made Le Roy Torres think back to 2010, when he and Rosie were knocking on doors in Congress trying to get lawmakers to listen, and few would.

Take heed unto thyself, and unto the doctrine…”

Despite Biden’s Latest, Pentagon Says Nothing Has Changed On US Defense of Taiwan