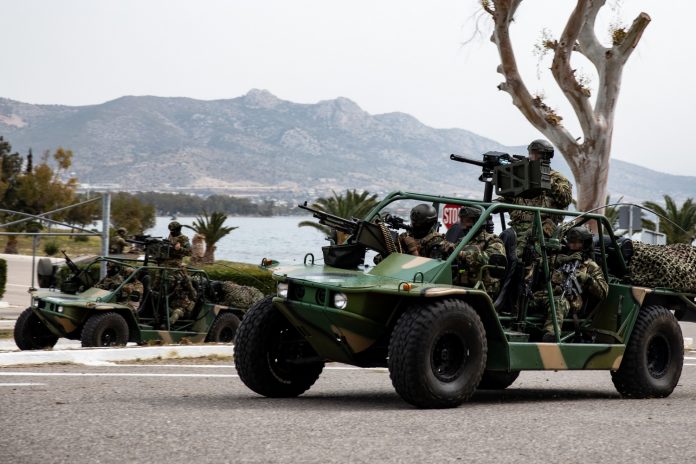 Each day TFB publishes at least one image from the fascinating world of firearms and, sometimes, from the life of Special Forces. Along with this comes a brief explanation of what’s going on. In today’s Photo Of The Day, we have images from exercise Orion 2022 with one of the coolest off-road buggies I’ve seen in a while. Do you know the make of the vehicle?

It looks like they have Mk 19 grenade launchers on the “roof”. Check out Orion22, a Greek-led exercise! SOFinEurope, including Bulgaria, Cyprus, France, Greece,  Israel  and the U.S. demonstrated land, air and sea capabilities during the Distinguished Visitors’ Day ceremony of the exercise.

Exercise Orion focuses on highlighting operational capabilities, international collaborations and conventional and hybrid warfare training. Love to see our allies and partners lead the way in training SOF in Europe!

When our partner relationships are strong, we rest assured in our strength as a coalition. The pictures and captions are from the U.S. Special Operations Command Europe’s official Facebook page where you will find news coverage and photos from units like the Green Berets, SEALs, Special Tactics Airmen and various support service members.

Why Trudeau’s Handgun ‘Freeze’ Is Doomed to Fail