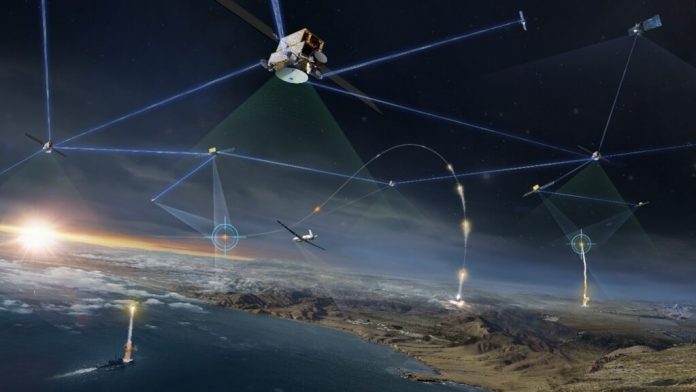 WASHINGTON: Northrop Grumman will next spring begin testing on a new hardware/software prototype for the Space Force designed to protect large, interlinked satellite networks from cyber attacks, according to company officials.

The prototype, called Space End Crypto Unit (ECU), is being developed in tandem electronics firm Aeronix, with planned delivery in 2024.

“We are developing a hardware unit that can survive in the space environment, with the intent of deploying the hardware on satellites orbiting in proliferated low earth orbit (pLEO),” Amanda Walsh, a spokesperson for Northrop Grumman’s Networked Information Solutions (NIS) unit, said in an email. “We are also developing cryptographic software that will run on this hardware module, and this cryptographic software will enable network users to securely communicate within the network (i.e. Protect the Mesh Network).”

Northrop Grumman is one of three companies under contract with the Space Development Agency to develop its Transport Layer of high-speed data and communications satellites in LEO, under a February contract worth $692 million. Those satellites are being designed as a foundation for the Pentagon’s Joint All Domain Command and Control (JADC2) concept for managing modern wars across air, land, sea, space and cyberspace.

Cyber protection is a critical concern for large mesh-network constellations, where hacking one satellite link could create an outage across the entire network.

The prototype is under a contract via the National Security Technology Accelerator (NSTXL), Wlash said, but she said that the company isn’t at liberty to divulge the contract’s value.

NSTXL manages the Space Force’s public-private Space Enterprise Consortium (SpEC), under a Jan. 15, 2021 contract. SpEC manages a pot, worth up to $12 billion over a decade, of Other Transaction Authority funds and works with the service’s Space Systems Command to chose vetted contractors among its members for specific projects.

The prototype “is a flexible, high throughput design based on a single chip, reprogrammable solution and is expected to provide a connected network solution that helps warfighters make decisions faster across a full range of platforms,” according to a company press release.

Walsh explained that the chip is part of the hardware module “intended to be deployed on satellites, but this hardware also can be deployed in other environments” such as ground stations and/or aircraft.