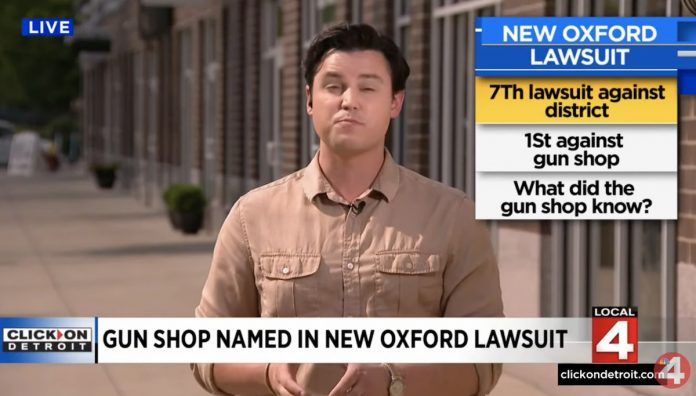 The Brady Center To Prevent Gun Violence along with the parents of a victim of the Oxford High School shooting are suing a Michigan gun shop for selling a firearm to a straw purchaser.

The complaint names Acme Shooting Goods LLC, and alleges it was negligent when it sold a firearm to the father of the minor who perpetrated the attack last November.

“Specifically, upon information and belief, Acme ignored one or more ‘red flags’ that the sale was unlawful and could foreseeably result in a juvenile using the firearm to cause injury and damage,” says Brady in a press release.

“The suit seeks damages to account for his care and injury as well as injunctive relief to reform the reckless practices that contributed to the mass shooting,” it continued.

In other words, the plaintiffs argue the gun shop should have known or even knew the buyer, James Crumbley, was going to give his son Ethan access to the firearm so that Ethan could use it to kill four classmates and wound a dozen others.

As one local Metro Detroit gun shop owner indicated to Fox2Detroit, the plaintiffs may have a hard time proving their case in court.

Crumbley, the perpetrator’s father, is an adult and presumably passed a background check at the point of sale.  It’s not exactly clear how ACME should have known it would wind up in the hands of his deranged son.  Pending further developments or evidence, ACME is, therefore, likely to be protected under the PLCAA.

Nevertheless, attorneys for the family believe they have a case.

“Acme Shooting Goods started the sequence of events that led to the tragedy by providing a gun to a minor that never should have had access through, in all likelihood, a straw sale against both state and federal law,” attorneys Matthew Turner and Lisa Esser from Sommers Schwartz, P.C. said in a press release.

While there have been numerous lawsuits filed in response to the attack, this is the first one filed against the gun shop.

Cover vs. Concealment: What’s the Difference?