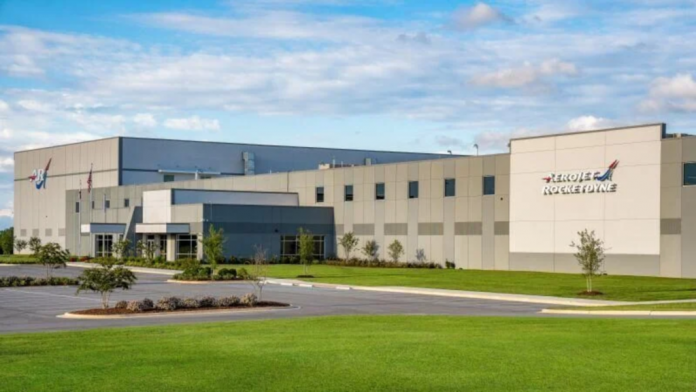 WASHINGTON: Aerojet Rocketdyne’s chief executive appears to have won a proxy war against the company’s executive chairman, ending a dramatic yearlong feud amongst competing board factions that resulted in allegations of misconduct, an internal investigation and civil lawsuits.

Drake’s slate captured more than 75% of votes cast, according to preliminary results shared by the slate.  The results have yet to be certified by an independent party, and a representative for Lichtenstein declined to comment on the outcome.

“We are extremely grateful for the input and support from our shareholders,” Drake said in a statement. “The new Board consists of highly qualified and experienced directors with track records of creating tremendous shareholder value. … We believe Aerojet Rocketdyne has substantial momentum and upside, and we look forward to putting this proxy fight behind us so we can continue to focus on creating value for our shareholders.”

Drake added that the new board intends to “plot a positive path and work with all our shareholders, including Steel Partners, to maximize value.”

Ahead of the shareholder meeting, two independent proxy advisory firms issued reports supporting Drake’s slate — a factor that may have won over investors. In May, Institutional Shareholder Services claimed that “Lichtenstein is responsible for the organizational rot that enabled this contest,” adding that “it is telling that not a single incumbent director without a business or personal link came to his support.”

A month later, Glass Lewis also recommended that shareholders vote for Drake’s slate, praising the members’ experience and credibility despite the embattled CEO having fewer financial resources at her disposal compared to Lichtenstein.

The future of Aerojet Rocketdyne has been an open question in the defense world since January, when the Federal Trade Commission blocked the planned $4.4 billion acquisition of the company by Lockheed Martin. Federal regulators raised concerns that allowing the world’s largest defense contractor — and one of the nation’s major missile producers — to acquire Aerojet could erode competition, as Aerojet remains the only standalone supplier of solid rocket motors and other propulsion technology used for hypersonic missiles, space systems, and other weapons.

On Feb. 1, Aerojet Rocketdyne disclosed in a press release that it was conducting an internal investigation of Lichtenstein, making public a feud between he and Drake that had been simmering behind closed doors for months. Drake alleged that Lichtenstein had mounted a “boardroom coup” and sought to oust her as CEO, while Lichtenstein alleged that he was taking prudent steps to ensure the continued success of the company if the Lockheed merger fell through.

By the middle of February, Aerojet’s eight-person board was completely deadlocked, with both Drake and Lichtenstein each amassing three of the current directors as allies and filing suit against the other faction.

Lichtenstein was formally reprimanded in May after the internal investigation by the company found he had spoken to other defense executives about the then-ongoing merger with Lockheed Martin, as well as attempted to find a replacement for Drake without the board’s knowledge or permission. However, investigators found that Lichtenstein’s repeated requests for information from Drake did not constitute harassment or violate company policy.

Meanwhile, the Delaware Court of Chancery found that Drake and her allies were wrong to have issued the Feb. 1 press release, which said Lichtenstein was driven by “personal concerns and [a] desire to secure his board position and gain leverage,” without having approval from the majority of Aerojet’s board. As ordered by the court, Aerojet retracted the press release on June 20.

While both Drake and Lichtenstein’s factions mounted visible campaigns for shareholder votes over the past several months, the company’s largest customer — the Defense Department — has remained quiet about the boardroom drama.

“I think the government is still kind of waiting to see what is their plan, corporately, and then we’ll have an opportunity to assess and say, ‘Is that really going to meet our needs?’” said Andrew Hunter, the Air Force’s top acquisition official, during a roundtable with reporters last week.

“We do need that path to become clearer, and them to figure it out.”

The Art Of War