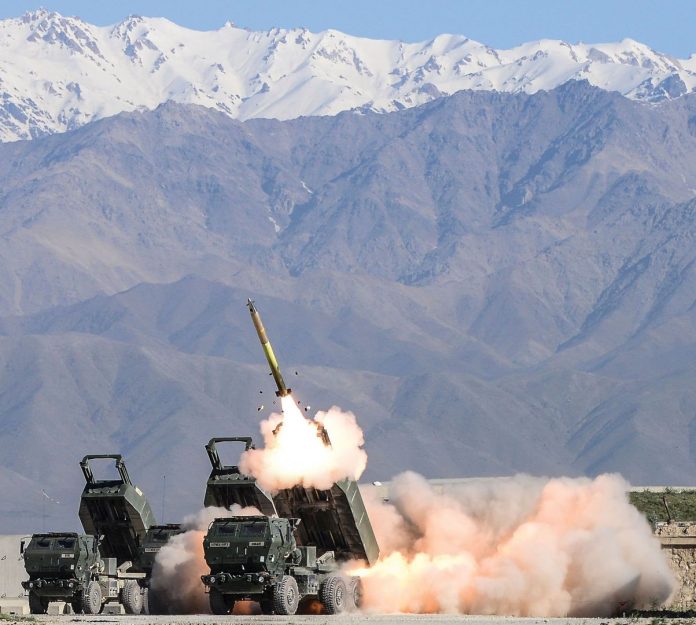 Norway said Wednesday it would donate three multiple-launch rocket systems to Ukraine, following similar decisions made by Britain, Germany and the United States.

Kyiv, whose forces are struggling to defend the Donbas region in eastern Ukraine, has repeatedly called on its allies to provide more heavy weaponry.

“We must continue to support Ukraine so that they can continue their fight for freedom and independence,” Norwegian Defence Minister Bjorn Arild Gram said in a statement.

The delivery of the multiple launch rocket system, which has better range and precision than Russia’s artillery, will be carried out together with Britain, Oslo said.

“Our guns require extensive upgrading, therefore we have agreed with the British that they receive Norwegian guns so that they can send some of theirs to Ukraine,” the minister said, hailing “good cooperation between allies.”

Norway will also send 5,000 additional grenades to Ukraine, in addition to 5,000 already sent.

The US announced on June 1 that it would send four M142 HIMARS multiple-launch rocket systems to Ukraine as part of a military aid package worth $700 million.

In addition, Britain and Germany have each offered to send Ukraine three MLRS systems.

Expertise: IRS Agents Fire Their Guns By Accident More Often Than They Do Intentionally