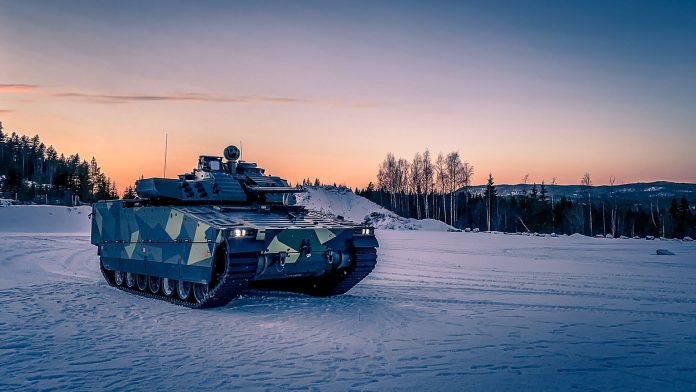 NATO member Slovakia, which shares a border with Ukraine, said Tuesday it plans to buy 152 tracked combat vehicles from Sweden’s BAE Systems Hagglunds as it steps up its military capabilities.

“The government has approved this historic project for the armed forces,” Defence Minister Jaroslav Nad said on his Facebook page.

“We’re going to increase Slovakia’s defensive capacities and meet our obligations to create a heavy mechanized brigade,” he added.

BAE Systems Hagglunds’ CV90 is a tracked combat vehicle with a turret-mounted cannon that can be considered a light tank or armored personnel carrier.

No delivery timetable was provided for the 152 vehicles, to be acquired at a total cost of 1.6 billion euros ($1.7 billion).

Slovakia received offers from firms in Hungary, Poland and Spain in addition to that from BAE Systems Hagglunds, after having contacted 33 countries about supplying equipment.

Slovakia, which also a member of the EU, has provided Ukraine with 154 million euros in military equipment, according to the defence ministry.

Slovakia’s government also approved on Tuesday the membership of Finland and Sweden in NATO.