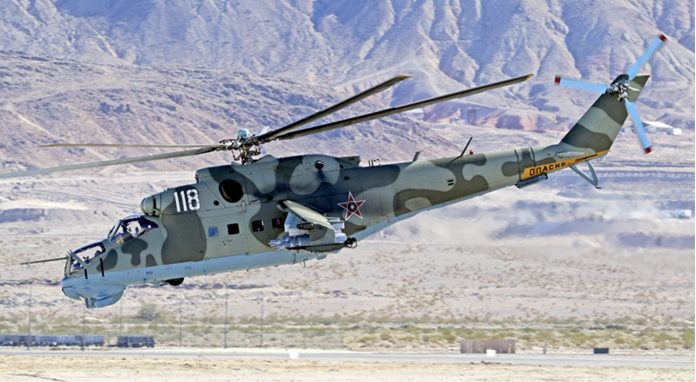 Young men are stupid. I am certain of this because, back in the early Mesozoic era, I was one. Don’t believe me? Roughly 93% of America’s incarcerated population is male. We are imprisoned at a rate fourteen times higher than is the fairer sex. Testosterone is the world’s most potent poison.

Back when dinosaurs roamed the plains I needed to figure out what I wanted to do with my life. I had grown up devouring everything I could find on World War 2 aviation. I knew I wanted to be a military aviator, but I wasn’t sure what sort. The Internet was but a gleam in the eye of a young Al Gore, so I just read books and talked to folks who had done it. Eventually, I settled upon Army helicopters.

Driving jets was sexy and all, but those rascals were undeniably complicated. I wanted to really fly, not manage some hyper-complex technological system. Army helicopters seemed a bit closer to the Golden Age of aviation in my neophytic view. Additionally, if I didn’t pull it off there seemed to be plenty of other cool stuff I could do as an Army officer.

So, there you have it. I sought out a career path based solely on how cool it would be. Not how amenable it might be to raising a family (hideous) or what sort of retirement it offered (decent, I guess), but rather simply because the job seemed like a rush and I thought I’d cut a dashing figure in a flight suit. You recall I mentioned young men are stupid.

With the benefit of hindsight perhaps I should have worn blue instead of green. The Air Force is commanded by pilots, while the Army is commanded by grunts and tankers. That simple observation makes all the difference in the world as regards lifestyle. As a result of my skewed logic, I ultimately spent a year in the Infantry living like some kind of farm animal, feasted upon some of the most unspeakably vile stuff in survival school, and averaged eight months out of twelve away from home on a good year. However, at least I got to enjoy the inter-service collegiality that comes from being a military aviator.

I did plenty of joint operations wherein I worked with the Wing Nuts of the US Air Force and the Squids of the Navy. I always felt like we enjoyed a productive relationship based on mutual respect. Then on Valentine’s Day 1991, CPT Richard Bennett, flying a USAF F-15E Strike Eagle along with his Wizzo (Weapon Systems Operator) CPT Daniel Bakke, showed the world the insensate disdain in which they held Army aviation. Those guys pulverized an airborne Iraqi helicopter gunship with an enormous honking laser-guided bomb.

Operation Desert Shield ran from August 2, 1990, until January 17, 1991. This was the massive buildup of Allied forces in Saudi Arabia in response to Saddam Hussein’s unprovoked invasion of Iraq. Desert Storm was the combat phase. It ran for forty-three days from January 17, 1991, until the conclusion of hostilities on February 28, 1991.

Scud missiles were the regional scourge. Scuds had the range to reach Israel. Saddam was convinced that dragging Israel into the fray would splinter the Islamic nations from the Allied coalition. As a result, strike planners made taking out the Scuds a top priority.

The area of operations ranged from Al Qaim near the Syrian border over to Baghdad. We had about a dozen Special Forces teams active on the ground hunting Scuds. The Air Force cycled strike assets in and out 24 hours a day in support of the SF guys destroying high-value targets as they came available. It was this mission that put Captains Bennett and Bakke in the cockpit of Strike Eagle Tail Number 89-0487 on this fateful day.

The F-15E Strike Eagle was designed to replace the F-111 Aardvark. The F-15A and F-15C were the single-seat air superiority versions of the airplane. The Strike Eagle carried a crew of two and was a true multi-role platform. That meant that the F-15E was capable of all-weather ground attack, deep interdiction, and air-to-air missions. It was and is an immensely capable airplane.

Starting in 1985, we produced 523 of these magnificent machines. They have seen service in the Air Forces of Saudi Arabia, Israel, South Korea, and the US. The plane is 63 feet long and sports a max takeoff weight of 81,000 pounds. Its twin Pratt and Whitney F100-PW-220 turbofans each put out 29,160 pounds of thrust on the afterburner. The Strike Eagle tops out at 1,434 knots or 1,650 miles per hour.

The F-15E features four wing pylons along with fuselage hardpoints and bomb racks that will carry an aggregate 23,000 pounds of ordnance. There is also the obligatory M61A1 20mm Vulcan six-barreled electric Gatling gun. The Vulcan packs 500 rounds onboard and cycles at 6,000 rounds per minute.

Strike Eagle 487 was on a Scud CAP (Combat Air Patrol) along with a wingman. CPT Bennett was tuned up to AWACS for general control and coordination. Amidst some foul weather with multiple cloud layers between 4,000 and 18,000 feet, they got word that an SF team was in trouble.

The Iraqis had located the Green Berets and were closing in with both ground and air assets. With five enemy helicopters operating nap of the earth, the two Strike Eagles started hunting. The helos were apparently emplacing ground troops and then essentially herding the SF guys toward their inserted blocking force. If the Special Forces operators were not going to end up in an Iraqi prison or worse those enemy helicopters had to go.

The Strike Eagles dropped to 2,500 feet to get under the weather and were burning along at around 600 knots. The Wizzo CPT Bakke had acquired the enemy aircraft on his organic targeting equipment. As they were deep in Indian Country the AAA (antiaircraft artillery) was hot and heavy. Things were rapidly getting squirrely.

Using the high-resolution FLIR pod the Strike Eagle crew identified a pair of Iraqi helicopters moving sporadically. They would land briefly and then lift off, move a bit farther on, and land again. The American crew rightfully assumed they were inserting troops to corral the SF team. They visually identified the Iraqi aircraft as Mi-24 Hind gunships. The Hind is unique among dedicated gunships in that it also includes an ample cargo compartment that can carry extra ordnance or ground troops. With the two target aircraft moving abreast, CPT Bennett and his WSO planned their attack.

They carried four AIM-9 Sidewinder heat-seeking air-to-air missiles, but these weapons were not meant to be used amidst the rocky ground clutter of the Iraqi desert. As the Hinds were hugging the contours of the ground apparently the Sidewinders had a tough time locking on. However, CPT Bennet’s Strike Eagle also included four 14-foot GBU-10 Paveway II 2,000-pound laser-guided bombs.

The mission this day had not necessarily been to shoot down enemy helicopters, but rather to protect the SF team and kill Scuds. By using one of their 2,000-pound bombs the Air Force strike crew appreciated that they stood a good chance of neutralizing any ground troops the Iraqi helos might have inserted. With verification from AWACS that there were no friendly aircraft in the area, they moved in for the kill.

CPT Bakke lased the lead Iraqi Hind while still four miles away. The Mi-24 was on the ground disgorging troops at the time. If my math is correct the time of flight for the big weapon would be about 20 seconds. Just as they pickled off the GBU-10 the Hind broke ground and accelerated to 100 knots. Presuming the guided bomb attack to be a wash, CPT Bennett then armed a Sidewinder and prepared to engage once the Mi-24 cleared the surrounding terrain. Meanwhile, CPT Bakke carefully maneuvered his targeting laser to keep it centered on the accelerating Iraqi gunship.

Before CPT Bennett could loose his missile the massive bomb impacted the helicopter squarely. The resulting explosion simply vaporized the 26,000-pound gunship. The Special Forces team was eventually extracted and verified that the attack helicopter had been blown absolutely to smithereens. CPT Bennet resumed his Scud CAP and was actually vectored onto an active Scud TEL (Transporter Erector Launcher) about fifteen minutes later. Bennett and Bakke destroyed that Scud and headed home.

Now I wasn’t there, of course, but as an Army helicopter pilot myself I’m not completely certain that it was necessary to vaporize that enemy gunship with a 2,000-pound bomb. The Hind has a Vne (Velocity never-to-exceed) of 208 mph, roughly eight times slower than that of the Strike Eagle. Blowing the thing up with a massive bomb just seems a bit unnecessarily mean if not frankly bigoted.

Strike Eagle 487 remains in service today. Though it has been crewed by a succession of crew chiefs and flown by countless pilots and wizzos, it still sports the green star on the side signifying that it scored the F-15E’s first air-to-air kill. The fact that they dropped a bomb on a helicopter rather than shooting it down with guns or missiles just speaks to the curious nature of modern air combat and the sick sense of humor of Air Force fighter crews.

Science Fiction and the Preparedness Mindset