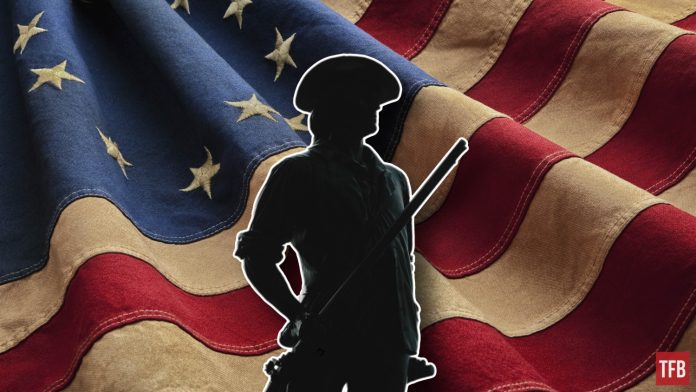 Independence Day, The Comma, and the Preservation of Individual Liberty

From everyone here at TFB, I would like to wish everyone a happy and safe Fourth of July. On this day we celebrate the anniversary of the birth of a nation, freedom from tyranny, and the preservation of individual liberty. This has been a tumultuous time in American history, marked most recently by several Supreme Court rulings that have sparked both celebrations and protests. While I am neither a historian nor a legal scholar, I wanted to take this opportunity to briefly explore the Second Amendment to the Constitution of the United States in layman’s terms.

Firearms, Not Politics. I realize that I am walking on a razor’s edge with a Constitutional discussion on the 4th of July, but there will be no left-versus-right partisan political arguments today. The use of labels is unhealthy and is a cheap way to minimize groups of people without cause.

A well regulated Militia, being necessary to the security of a free State, the right of the people to keep and bear Arms, shall not be infringed.

Fresh off the heels of a war with England, the new government, by the people and for the people, recognized the importance of arms in the hands of the citizenry. A ‘well regulated militia’ refers to a state of readiness to respond to a tyrannical government, making the individual right to ‘keep and bear arms’ of significant importance to the leaders of the time. The Federalist Papers give us additional insight into the reasoning behind the Second Amendment and the commas that separate ‘the militia’ from ‘the right of the people’.

If the representatives of the people betray their constituents, there is then no resource left but in the exertion of that original right of self-defense which is paramount to all positive forms of government, and which against the usurpations of the national rulers, may be exerted with infinitely better prospect of success than against those of the rulers of an individual state. In a single state, if the persons intrusted with supreme power become usurpers, the different parcels, subdivisions, or districts of which it consists, having no distinct government in each, can take no regular measures for defense. The citizens must rush tumultuously to arms, without concert, without system, without resource; except in their courage and despair. – Alexander Hamilton, The Idea of Restraining the Legislative Authority in Regard to the Common Defense Considered, The Federalist, January 10, 1788

The firearms of the time were flintlock, smoothbore muskets often referred to as primitive arms in today’s world. However, these muskets were high technology in their time, representing the best the industry had to offer. The authors of the constitution intended ‘the people’ to have access to the same equipment and readiness as the government to ‘defend their own rights and those of their fellow citizens’. It appears that the leaders of the new country wanted the citizenry to have ownership of the same tools and training as the standing army.

This will not only lessen the call for military establishments, but if circumstances should at any time oblige the government to form an army of any magnitude that army can never be formidable to the liberties of the people while there is a large body of citizens, little, if at all, inferior to them in discipline and the use of arms, who stand ready to defend their own rights and those of their fellow-citizens. – Alexander Hamilton, Concerning the Militia, The Federalist, January 10, 1788

Like the rest of the Amendments within the Bill of Rights, the Second is an individual right to self-defense, even with the use of the term ‘a well regulated militia’. Two commas distinctly highlight an individual right versus a right of a group of people.

The right of the people to be secure in their persons, houses, papers, and effects, against unreasonable searches and seizures, shall not be violated ….

Here, in the familiar setting of the Fourth Amendment, we are not at all confused in our take on the meaning of the amendment; it secures to each of us personally (as well as to all of us collectively) a certain right-even if we are also uncertain of its scope.The Second Amendment and the Personal Right to Arms, 1994, William W. Van Alstyne, William & Mary Law School.

From where I sit, I can see an original British arms depot still standing nearly 250 years after The Revolutionary War. This modest brick building was used to store powder and muskets for the British army. Knowing that most of the British soldiers were unable to take their arms home with them, the colonists marked this depot and others like them, as strategic and tactical targets if a war was to take place.

The intent of the Second Amendment was to reiterate the individual right to self-defense and to ensure the preservation of rights and liberty for the citizenry, removing the need for the government to be the provider of both safety and security.

If you chose to leave a comment, please do so respectfully.

Yes, transgender women must register with Selective Service in case of a draft