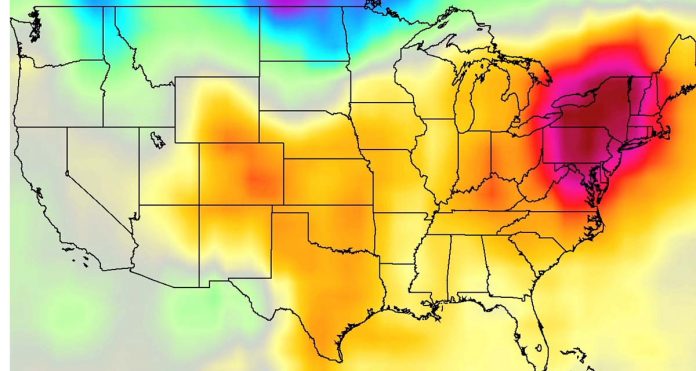 You’ve heard the advice about how to survive a heatwave: drink more water, avoid strenuous activity, use fans or air conditioning… While these tips are helpful for short-term heat waves, they are less useful during massive heat waves.

What if the power goes out during a heatwave and you can’t run your AC? What if you have medical conditions? What if the heatwave causes a wildfire?

Below are 14 heat safety tips and steps you can take to be prepared for a massive heatwave.

Massive Heat Waves on the Way?

Every summer, the news is full of reports of massive heat waves in various parts of the world. It isn’t just that news coverage is increasing.

The number of heat waves has risen drastically since the 1990s. They also last longer, with record-high temperatures lasting months instead of days.

These heat waves aren’t rare flukes. Climatologists predict prolonged heatwaves will be common in the USA by 2039. And, if greenhouse gas emissions continue at their current levels, by 2100, three out of four people on earth will be subject to deadly heat and humidity levels for at least 20 days of the year. (2, 3)

This isn’t a debate about global warming. The risk is a reality that would be irresponsible to ignore.

Extreme heat is actually the second leading cause of weather-related deaths in the USA (right behind hurricanes).

Over 600 people die annually in the USA alone due to extreme heat. It doesn’t even take much of a temperature spike to increase deaths: studies found each 1°C (1.8°F) rise in temperature increased death rates by up to 5%. (4)

During the July 2018 heatwave in Quebec, the record-high temperature of 98F caused 70 deaths. The morgue became so crowded they had to send bodies to a funeral home for storage. (5, 6) 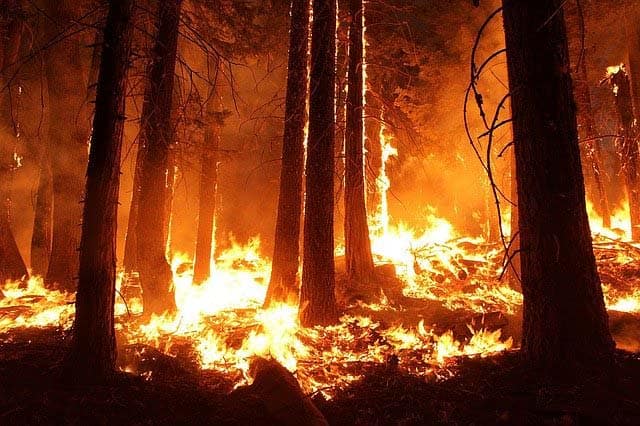 In addition to directly causing death, heat waves can lead to other disasters (7):

How to Prepare for a Massive Heat Wave

These 14 steps will prepare you for heatwaves, including the disasters like wildfires and power outages that may accompany them.

1. Identify if You Are At Risk

Extreme temperatures can cause dehydration, heat stroke, and other heat-related illnesses. Heat can also worsen medical conditions, increasing the likelihood of death.   If you or a family one is vulnerable, you’ll need to take extra precautions against heat waves.

Taking medications during a heatwave might be risky. The heat can affect how the medicines act in the body. Or the drugs themselves may make heat-related illnesses more likely.

Be sure to talk to your doctor about medications you take and whether dosage/usage should change during a heatwave.

The main goal is to cool the body down to safe temperatures.

To be prepared, consider getting instant cold packs activated by squeezing. Unlike freezer cold packs, these will be available even if the power is out.

Staying hydrated by drinking ample water is incredibly important. But what if there isn’t any water to drink?

Water outages sometimes occur during heat waves because of damaged pipes: the roads get so hot they collapse and damage the pipes underneath. You’ll need a stockpile of water to get you through the heatwave.

Read this post on how much water to stockpile.

The main reason to stockpile food during a heatwave is, so you don’t have to leave your home to go shopping. These foods should ideally require no cooking; using your stove will make it even hotter inside your home.

It’s good practice to have at least a 30-day supply of emergency food on hand anyway. See a list of the best foods for your 30-day supply.

When the temperatures start getting over 100F, staying cool isn’t just about comfort. It’s imperative to keep your home cool to prevent heat exhaustion and heatstroke.

Here are things you can do so your home stays cool during a heatwave.

In addition to food and water, stockpile other supplies you will need so you don’t have to leave your home until the heatwave is over.   It might sound dramatic, especially if you plan on traveling in an air-conditioned car, but consider this:

You risk having your vehicle get stuck or damaged if you go out into the heatwave. On top of that, pollution levels can get dangerously high during heat waves. It’s better to play it safe and stay at home.

If you must go outdoors during a heatwave, make sure to:

9. Be Ready for Power Outages

When the temperatures get high, more people turn on their air conditioning. The increased spike in electric usage can blow the grid. This is what happened during the 2009 heatwave in Melbourne, Australia.

The high heat can also directly affect the power lines, making them less efficient in carrying power. This can lead to outages as well. (13, 14,)

Without the power to run AC or fans, people find themselves unable to keep cool and can succumb to heatstroke. To stay safe,  have a plan for staying cool if the power goes out during a heatwave.

Drink plenty of water even if you don’t feel thirsty. You’ll also want to avoid caffeine and alcohol, which can dehydrate you faster.

However, drinking too much water can be dangerous. It can over-dilute the salt in your body, resulting in “water intoxication.” To make sure you stay hydrated, drink electrolyte solutions like Gatorade. I always have electrolyte packets (aka rehydration salts) in my first aid kit.

*If you have kidney disease, liver disease, epilepsy, or another condition that requires restricting fluids, consult with your doctor about how to best stay hydrated.

11. Check On Family and Friends

If any of your neighbors or loved ones are vulnerable to heat (elderly, have medical conditions, live alone, or don’t have AC), you should plan to check in on them.

Likewise, if you are vulnerable, you should make sure you have someone checking in on you. Plan this before a heatwave hits, so you aren’t left without help when you need it.

A lot of people don’t realize how vulnerable pets are to heatwaves. Here are ways you can keep them safe:

13. Listen to Your NOAA Radio 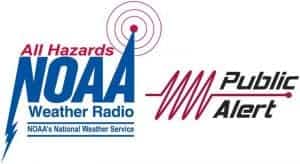 Many other disasters can occur during a heatwave. An NOAA emergency radio with the SAME alert feature can be programmed, so an alarm goes off if any disaster occurs in your area. That way, you stay informed without having to listen to the radio constantly.

Read more about how to choose an NOAA radio here.

If a wildfire or other major disaster occurs due to the heatwave, you will need to evacuate and FAST. Now is the time to build a Bug Out Bag, so you are ready to leave if necessary. You’ll also want to ensure your evacuation vehicle is prepared and you have a plan for where to go.

How are you prepping for massive heatwaves? Let us know in the comments below.

Maven Expands Its Line of Award-Winning C Series Optics with the Introduction of the CRF.1 Rangefinder