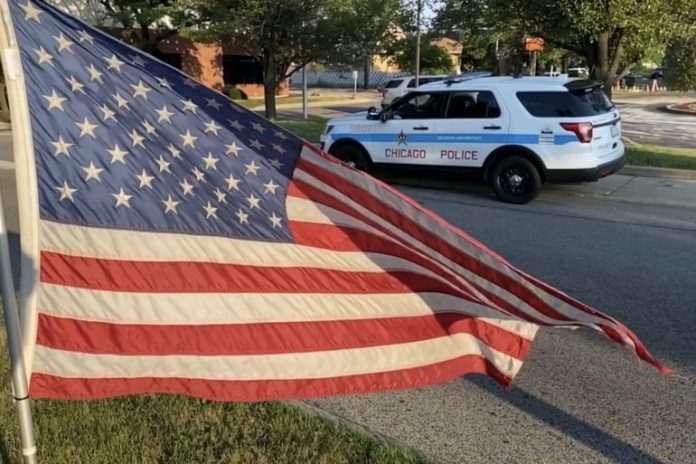 With 92 shot over the extended weekend, and 15 killed, the Independence Day holiday proved quite the dysfunctional crap show in Mayor Lori Lightfoot’s domain.

Not that many of the shooters have to worry about being arrested or doing any time when, since 2017, less than 5% of non-fatal shootings result in arrests or convictions. And only half of the homicides Chicago PD cleared last year resulted in prosecution.

The indispensable Hey Jackass has the numbers, and they ain’t pretty . . .

Those numbers exclude the mayhem to the north in Highland Park as a leftist domestic terrorist shot up an Independence Day parade killing six and wounding 30.

Did the Land of Lincoln’s fearless Governor J. B. Pritzker issue a special press release about the mayhem in Chicago? As of yet, no.

Pritzker made sure, however, to get himself in front of cameras and bloviate about the shooting in Highland Park. Pritzker blamed “gun violence” (naturally) for the atrocity, not domestic terrorism (allegedly) committed by a reputed hard-core leftist Antifa wannabe in a gun-free zone that was protected by an assault weapons ban.

As if passing another gun control law — one Illinois doesn’t already have on the books– would have stopped the aspiring rapper turned alleged spree killer.

For some reason, though, the weekend’s much higher body count in Chicago proper didn’t merit a mention from the big guy. Go figure.

Meanwhile, in Mogadishu on Lake Michigan, violent mobs were taking over intersections and shutting down streets to do donuts while launching commercial-grade fireworks. And when police responded, the mobs attacked the cops, trashing their squad cars.

Police made no arrests in the attack shown in the above video.

BREAKING: Crowd of people in the Loop attack Chicago police after some civilian cars do donuts in an intersection. Crowd shoots fireworks and physical hit CPD vehicles. pic.twitter.com/cDTqExvgLz

The night before, the mobs did the same in other parts of the city.

It’s almost as if much of Chicago has become a lawless, Mad Max-ish cesspool of violence.

Is it any wonder productive people and companies are moving out of America’s third-largest, deeply blue city taking jobs and tax dollars with them?