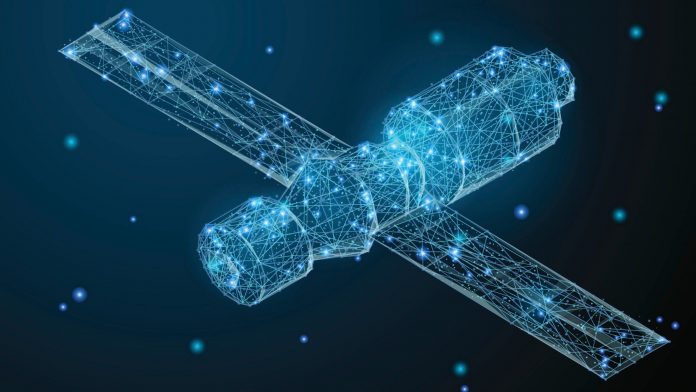 Artists rendering of a satellite. (Getty)

Missile tracking and early warning were never easy tasks, but with the proliferation of advanced ballistics and the emergence of hypersonic weapons, the mission has gotten exponentially harder. In the op-ed below, the Mitchell Institute’s Christopher Stone argues the Pentagon and congress need to support Space Force’s modernization efforts to deal with the new threats.

In a recent speech, Secretary of the Air Force Frank Kendall highlighted missile warning and tracking as “a no-fail space mission.” He is exactly right.

For decades, adversary nations have observed US military advantages, specifically the unique ability to execute robust long-range strikes. These operations hold key targets at risk — command centers, production facilities, logistics lines, supply depots and more. Destroy the right combination of these and an opposing military force will have a hard time staying in the fight.

That is why adversary nations have doubled down on developing their own long range strike options through a range of missile technologies. They want to hold US homeland targets and our forward operating bases at risk and, consequently, this threat must be blunted.

Key to defeating a long-range strike from our adversaries is having the means to detect, track and counter a range of new and virulent delivery systems. This requires a modernized warning and tracking enterprise comprised of a multi-layered space-based architecture of sensors across all orbital regimes. As Congress debates next year’s defense budget, lawmakers must fund, support and provide attentive oversight for this ambitious but critical piece of national defense architecture in space.

The United States is not beginning from scratch. Missile warning and tracking systems existed since the early days of the Cold War. They are essential today for detecting nuclear-armed ballistic missile launches. Capabilities like Space Based Infrared System (SBIRS), paired with ground radars, are optimized for this task. The satellites, which are in high geosynchronous orbits, provide a broad view of the globe and can detect the heat signature of a missile’s rocket plume. The ground radars can then track the inbound threat.

However, our adversaries understand the limitations of the current system, motivating them to invest in a new generation of hypersonic weapons and other maneuvering, non-ballistic missiles that take advantage of blind spots in our current warning and tracking enterprise. These new systems have smaller heat signatures to detect from space, and they fly less predictable tracks. This requires the US to respond with a multi-orbit sensor architecture that can detect and track these new threats in new ways, while still keeping an eagle’s eye out for ballistic missile launches.

Importantly, the next generation of missile warning and tracking capability must be resilient and not easily targetable by an adversary. Due to actions by China and Russia, space is no longer a peaceful sanctuary for defensive military applications. Both nations are fielding anti-satellite (ASAT) weapons capable of destroying US space-based missile warning sensors. Current US satellites are vulnerable as they fly fixed, predictable orbits and lack sufficient defenses.

Meeting these new threats requires a multi-layered, space-based architecture of sensors across all orbital regimes. Geosynchronous Earth Orbits (GEO) and polar orbits are farthest from the earth, which offer a wide field of view to detect certain types of launches. Closer in, sensors in medium earth orbits (MEO) can see lower heat signature missiles, while also offering some basic tracking information. Low earth orbits (LEO) are best used to see details for tracking but can only see small swaths of the earth at a given time, requiring a larger constellation. The end objective is to detect a launch, track its course and then provide fire control information directly to appropriate air and missile defenses in near-real-time.

This enterprise approach is important because different mission tasks are suited for certain orbits when optimizing for cost, capability and resiliency. Missile warning is well suited for GEO, missile tracking for MEO and fire control is a better fit for LEO.

To add resilience, one way is to add satellites. The number of satellites in play guards against single points of failure in case an adversary targets portions of the enterprise. Decoy satellites can also be part of that equation. On top of pure numbers, DoD should also enhance the missile warning architecture’s survivability by fielding satellites capable of enhanced maneuver to avoid or otherwise negate ASATs. It is also important to consider developing our own kinetic and non-kinetic counterspace capabilities to directly defeat enemy ASAT and other counterspace threats.

The good news is that many of these elements are under development today, but they are not well integrated. They are nested in different parts of the defense bureaucracy, which opens the likelihood of seams that may cause interoperability challenges and inflate costs. It is important to press for a fully integrated approach.

All these organizations should have been integrated into the Space Force by now, but bureaucratic politics and institutional resistance to change precluded taking those actions. In its role as space architect, the next best option is for the US Space Force to be designated by the Secretary of Defense as the executive agent for this program design and development.

Congress appears to agree with Secretary Kendall’s assessment regarding the importance of missile warning and tracking, with the House version of the FY23 National Defense Authorization Act (NDAA) directing a report on how the US plans to defend against hypersonic and other new missile systems. While this is a good first step, the existence of systems in development to operate in each orbital regime, means that there is enough information and experience to integrate all these disparate programs into one missile warning and tracking system to address not just hypersonic, but all missile threat types.

The fact is, we cannot track and cue defenses against these new maneuvering, low-flying, and hypersonic missile systems with our current space-based and ground-based sensors. We must accelerate the development and fielding of a multi-orbit architecture, capable of warning, tracking and cueing missile defenses in real time. To do anything less, is to leave our men and women in uniform, indeed the entire nation, in undue risk of attack.

Christopher Stone is Senior Fellow for Space Studies at the Mitchell Institute Spacepower Advantage Center of Excellence. He is a former Special Assistant to the Deputy Assistant Secretary of Defense for Space Policy in the Pentagon.

There’s A Lot Biden Can Do Right Now About Gun Crimes, But He Doesn’t Want To