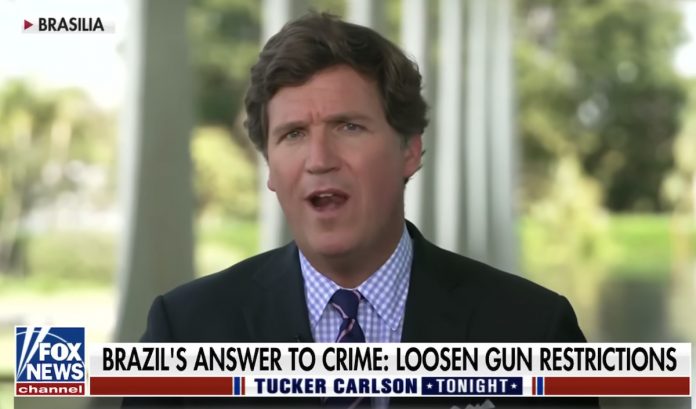 We covered this story last week for GunsAmerica readers, but it’s good to see Fox News’ Tucker Carlson also spreading the word as to what happened after Brazil made it easier for law-abiding citizens to keep firearms for personal defense.

Crime rates went down — not up.

Specifically, as Dr. John Lott who conducted the original research observed in a Wall Street Journal Op-Ed, the homicide rate fell 34% after President Jair Bolsonaro made firearms permits easier and cheaper to obtain.

Again, you’re not shocked by that and neither am I, but those who are indifferent to 2A rights, or even outright hostile to them, probably would be.

So the more light that gets shed on this development, the better. If you haven’t done so already, like and share it on social media or email it to a friend.