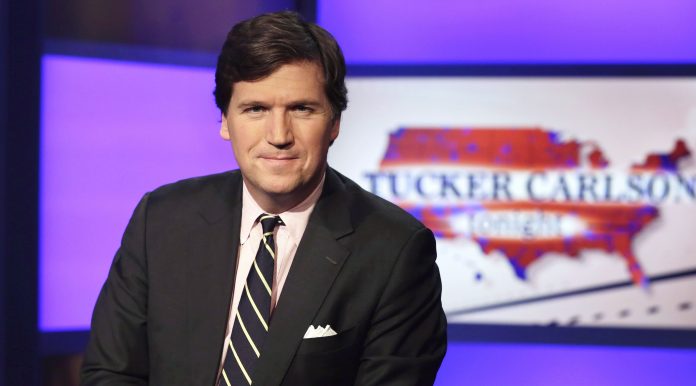 SurvivalBlog presents another edition of The Survivalist’s Odds ‘n Sods— a collection of news bits and pieces that are relevant to the modern survivalist and prepper from “JWR”. Our goal is to educate our readers, to help them to recognize emerging threats, and to be better prepared for both disasters and negative societal trends. You can’t mitigate a risk if you haven’t first identified a risk. Today, we look at the weaponized politics.

Tucker Carlson: Why are they so angry? Starting at the 5-minute mark of this segment, Carlson provides a lengthy list of the many politically-motivated arrests of conservatives and Trump supporters, since Team Biden began to occupy the White House. The Bidenistas and their Justice Department subordinates — via the now oh-so-political FBI bully boys — are beginning to resemble the now-defunct East German Stasi, and their evil tactics of Zersetzung. Radio talk show commentator Mark Levin also warned about this, back in October of 2021.

FBI Raided the Homes of Trump Supporters Because of Partisan Jan 6 Committee – Weaponizing Politics. JWR’s Comment: This makes Lois Lerner’s misuse of the IRS as a political bludgeon back in 2016 seem mild, by comparison.

Shannon Najmabadi of The Associated Press reports: Some sheriff’s candidates run on not enforcing certain laws.

Published on June 10th: Documents Show Disinformation Board Was For Use Against Americans Too. This article begins:

“On Tuesday, Senators Chuck Grassley (R – Iowa) and Senator Josh Hawley (R – Missouri) publicized whistleblower documents that make clear that the Disinformation Governance Board, currently on hold, had much greater ambitions than we have been led to believe.”

JWR’s Comment:  I suspect that the DGB has simply been re-named, and put under new leadership. It is not truly “on hold” — it has just gone down-periscope. Never underestimate the power and cunning of Bidenista subterfuge. Most Americans have never heard of Zersetzung, but we are about to witness its use, wholesale. When the American citizenry starts to feel terrorized, it will not be at the hands of Russian Spetsnaz or paratroopers carrying AKs and wearing Telnyashkis, in a simulacrum of Red Dawn. Rather, it will start with a knock on the door, and the presentation of Badges and Credentials by American-born FBI agents with “a few questions.”

An aside: Do not talk with them. You have nothing to gain by that.  And, as General Michael Flynn and Roger Stone’s cases illustrated, it is a felony to make a false statement to an FBI agent.

Or perhaps The Bidenista Terror will start with Anonymous Tip Line phone calls from Woke, pudgy, pink-haired neighbors who dislike our politics and want to see us get Red Flagged. Beware: Zersetzung is coming, folks.

There will be another “Between the Rivers Gathering“. It is scheduled for ​May 29th to June 3rd, 2023, in the town of Valley, Washington.  (About a one-hour drive north of Spokane.) There, you can learn “Ancestral Skills for Self-Sufficiency.”

Over at Revolver: Merrick Garland launches legal insurrection against the United States. JWR’s Comments: This is an example of what many are now calling weaponized politics. It is unusual for an Attorney General (AG) to publicly express even disappointment with a binding Supreme Court decision. But to state that he disagrees with two of them in rapid succession is unprecedented and downright dangerous to our constitutional system of justice. This could possibly endanger the safety of Supreme Court justices, by emboldening would-be attackers. It is frightening to think that a doctrinaire statist-socialist like Merrick Garland was nearly elevated to the Supreme Court, in 2016.

China Makes a Move on the Horn of Africa

Linked over at the Whatfinger.com news aggregation site: China Makes a Move on the Horn of Africa. Here is a pericope:

“While Washington now acknowledges China’s global competition, Beijing signals an expansion of its ambitions in the Horn of Africa. If Beijing’s primary focus over the past decade has been bolstering its military presence in the South China Sea, and its secondary influence has been bolstering in economic presence and military infrastructure in Pakistan and Sri Lanka, then its ambitions in the Horn of Africa have been a close third. It may now be moving up in China’s calculus.”