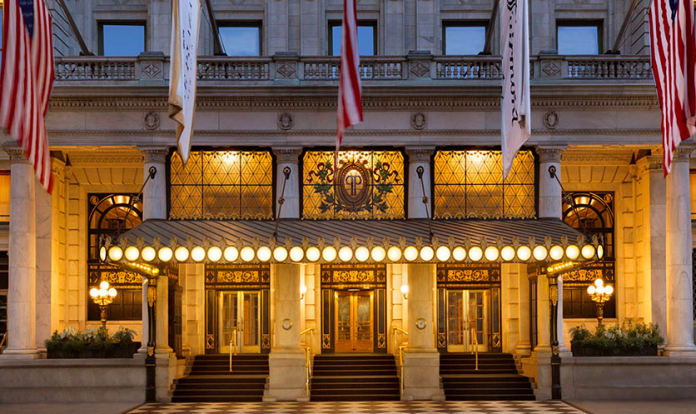 After the recent NYSRPA v. Bruen decision struck down New York’s “good cause” requirement for obtaining concealed carry licenses, the state government and anti-gun activists have been looking for ways to fight back. And the forces in opposition are getting creative.

A recent agreement between a number of New York City hotel owners and the New York Hotel and Gaming Trades Council (a union representing hotel workers) requires the hotels to ban firearms from their premises, including hotel rooms.

Many of New York’s largest and most well-known hotels are unionized, including The Plaza Hotel, the New York Hilton, and Marriott Marquis. Altogether, the union represents workers serving about three quarters of the city’s hotel rooms.

The Hotel Association of New York City, a trade group representing hotel owners, had supportive things to say about the new agreement.

“HANYC strongly believes in the safety of its customers and employees — and so we are partnering with the Hotel Trades Council to ensure that firearms do not enter into city hotels unless carried by bonafide, on-duty law enforcement officials,” Vijay Dandapani, president and CEO of the association, told the New York Post.

Unlike many of the moves made by state and local governments in response to the Bruen ruling, this one is would likely hold up in court. Private property owners have long had the right to set the rules for their properties as long as they’re not discriminating against protected classes (race, sex, national origin, etc). At some point, the policy could be challenged via antitrust law, but don’t bet on the success of such a move.

The trade union, the hotel association, and lawmakers all told the New York Post that they think such a policy will help tourists and other visitors to the area “feel safer” during a time when the city is facing rising violent crime, but as we know from research from people like John R. Lott, Jr., it just doesn’t work that way.

We still have the choice to say no to the businesses that made this agreement, and independent hotels also still have the right to set their own rules for their own premises. Gun owners’ options may be limited when visiting New York City — be aware that New York does NOT recognize carry permits issued in any other state — there’s an easy way to avoid the policy (if you’re a New York state resident planning to be in town: look at the union’s website here and scroll down to find a map where the union proudly lest every hotel they have by the shorts. Then, make your lodging decisions accordingly.

Some non-union hotels may also choose to adopt a similar policy, of course, so if you’re going to visit the city, make sure to check ahead of time with any hotels before making a reservation. Also, be sure to let the hotel know why you’ll be choosing a competitor if you get the wrong answer.

Nothing has changed yet in New York and, again, you can’t legally carry a concealed handgun in the state under a license that’s issued anywhere else. Let’s be careful out there.

Censorship and restrictions on gun ownership.