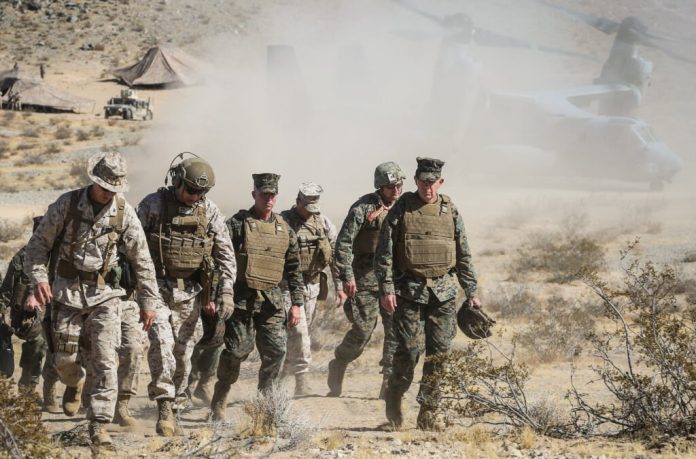 WASHINGTON: How do you win a war before a single bullet is fired? According to the top Marine Corps general, it means striking in a whole different domain: the information space.

“If you can manage information, you can actually gain an advantage,” Marine Corps Commandant Gen. David Berger said today during a Hudson Institute event. “I think some could argue [that advantage] could be decisive. Even more than kinetically perhaps, you can win before firing a shot.”

The service in June published a new doctrine focused on information, formally titled “Marine Corps Doctrinal Publication 8, Information.” The document, according to one of its chief authors, Lt. Gen. Matthew Glavy, serves more as a teaching instrument for the service and a place for varying levels of leadership to begin discussions among Marines, he told reporters during a roundtable ahead of its rollout.

But Berger’s comments today highlight more concrete reasons why the service is so focused on information warfare: It’s changing the game of how wars are fought, and if the Marine Corps doesn’t change as well, they’ll lose the next war.

“We have to be actively learning because the world is moving at a velocity where if you think you’re comfortable today or tomorrow, you’ll be left behind,” he said.

RELATED: How US intel worked with commercial satellite firms to reveal Ukraine information

“Information is […] pretty much ubiquitous, so it doesn’t matter what your gross domestic product is,” Berger said.

The service chief also offered a great deal of credit to his predecessor, Gen. Robert Neller, who, he said, spent the time and energy organizing the Marine Corps to elevate information warfare as important to the service’s operations, as well as time on Capitol Hill convincing lawmakers to get behind those changes.

“People are scratching their heads [at the time] going, you know, ‘What craziness is this?’ Six years later: prudent,” Berger said.

Set up stock tank heaters for the winter. I drained and rolled up hoses.

The Worst Hunting Shotguns of All Time