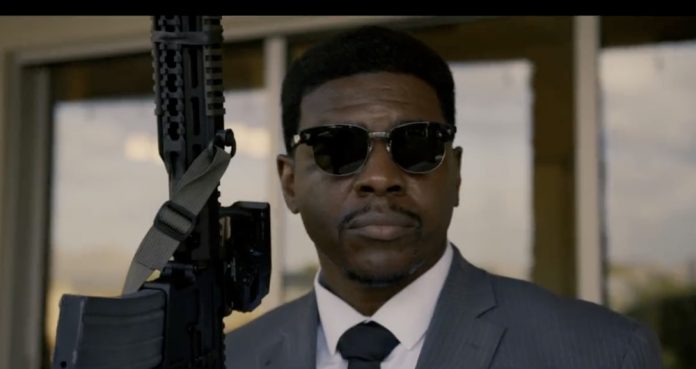 “Democrats like to say that no one needs an AR-15 for self-defense, that no one could possibly need all 30 rounds,” Davison says in the ad that depicts him sitting in a kitchen drinking from a flag-themed coffee mug.

“But when this rifle is the only thing standing between your family and a dozen angry Democrats in Klan hoods, you just might need that semi-automatic and all 30 rounds,” he continues, as a pack of KKK members charge his home armed with barbed-wire-wrapped bats and other implements only to turn tail when they find out that Davison is armed with a modern sporting rifle.

Davison, a former running back for the Oakland Raiders is running to represent Arizona’s 4th Congressional District.

Given that the ad’s been viewed over 4 million times thus far, no doubt his chances of winning, or at the very least, gaining traction, are improving.

What did you think of the ad?

It’s also not the only pro-2A ad we’ve seen in recent weeks.

Both Eric Greitens, who’s running for Missouri governor, and Dr. Oz, who is looking to represent Pennsylvania in the U.S. Senate, have released videos showcasing their affinity for one’s right to keep and bear arms.