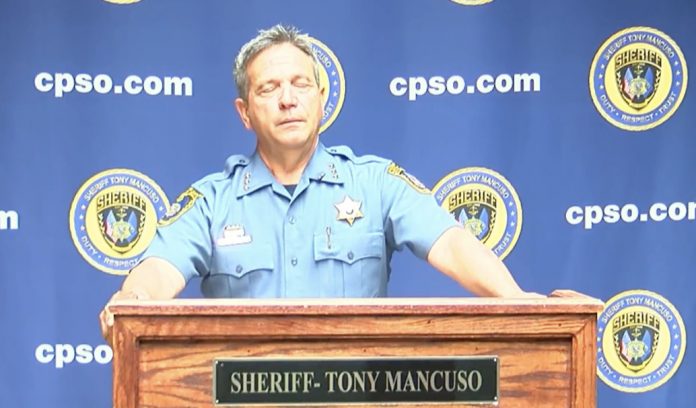 A tragic situation in Lake Charles, Louisiana, over the holiday weekend as a homeowner fatally shot an intoxicated college student who was trying to enter the homeowner’s residence.

The deceased student who was under the influence has been identified as 21-year-old Joseph Tezeno.

Authorities said that Tezeno was at a party on Monday night when he left and tried entering the man’s home through the front door at around 10:40 p.m.

“The homeowner eventually comes out of the house with a gun, walks around the front of the house, sees a Black, male subject in his garage/shop area, confronts (the man),” Calcasieu Sheriff Tony Mancuso said, per KPLC News.

The exchange was caught on surveillance cameras however there was no sound recorded.

“It’s obvious, you can’t hear what’s going on, but he’s telling him to get out,” noted Mancuso.

Tezeno then approached the homeowner, who responded by firing a shot at the ground, “like a warning shot,” according to the Sheriff.

Tezeno did not back down and continued to approach the homeowner.  At this point, the homeowner shot the young man twice.

“We don’t believe this person was truly trying to break into this house,” Mancuso said. “We believe he was extremely intoxicated.”

Mancuso said that Tezeno, who was attending McNeese State University, was “by all accounts, a good kid.”

“Evidently he has too much to drink and goes to the wrong house. We really don’t know and we may never know what he was trying to do to get in this house, but the homeowner doesn’t know that. Homeowner by all accounts is startled, thinks someone is trying to break into his house and in Louisiana you have the right to defend your home and yourself and that’s what we believe he was doing,” said the sheriff.

The investigation is ongoing but it’s likely that the homeowner will not face charges.  However, investigators will turn the case over to the Calcasieu District Attorney’s Office for review.

“It’s just a terrible, it is a terrible chain of events,” said Tezeno.