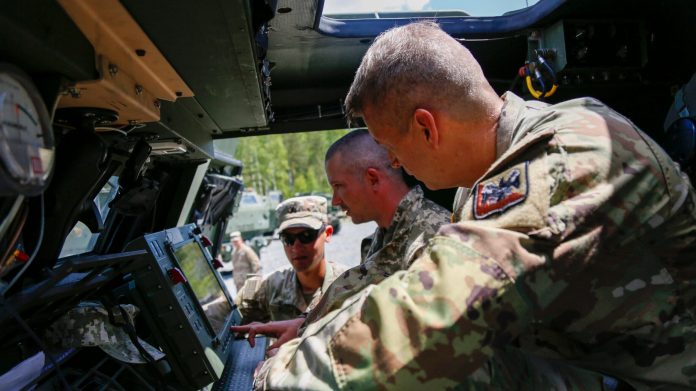 WASHINGTON: The White House has approved another $400 million package of arms for Ukraine —including four more High Mobility Artillery Rocket Systems — just days after Ukrainian President Volodymyr Zelensky praised the impact of Western artillery systems have had against Russia.

This latest package, announced this afternoon, means that after spending May dragging its feet on whether to provide HIMARS to Ukraine, the Biden administration is all-in on giving Kyiv the Lockheed Martin-made system. A senior defense official told reporters that the system has been “especially important and effective” for the Ukrainian military as it wages an artillery battle against Russia in the eastern Donbas region.

Over the last week, Ukrainian forces have successfully used HIMARS to “significantly disrupt the ability of the Russians to move forward,” the official said. “What we see now — as the United States surged HIMARS systems and the missiles for those systems — is that Ukraine has now been successfully striking Russian locations in Ukraine, deeper behind the front lines and disrupting Russia’s ability to conduct that artillery operation.”

Once the new weapons are transferred to Ukraine, the Ukrainian military will have a total of 12 HIMARS, said the official, who disputed reports claiming that the Russian military had destroyed two systems.

“The Ukrainians have those systems and are making use of them,” the official said, adding that all eight HIMARS previously announced have been delivered to Ukraine. The US will also continue training additional Ukrainian troops to use the system, the official said.

The new arms package comes after a July 6 address in which Zelensky celebrated the effectiveness of Western artillery.

“Finally it is felt that the Western artillery — the weapons we received from our partners — started working very powerfully,” Zelensky said, according to Newsweek. “Its accuracy is exactly as needed. Our defenders inflict very noticeable strikes on depots and other spots that are important for the logistics of the occupiers. And this significantly reduces the offensive potential of the Russian army … The losses of the occupiers will only increase every week, as will the difficulty of supplying them.”

Aside from the four HIMARS, the latest package also includes a new type of 155 mm artillery which is used by the US military but had not previously been provided to Ukraine. The official declined to comment on whether this weapon is the M982 Excalibur, but stated that the new artillery is more precise and thus more effective.

Also included in the package are:

Is China About To Destroy Encryption As We Know It? Maybe

A Picture from History: Maximo Cruz

WHO triggers highest alert on monkeypox