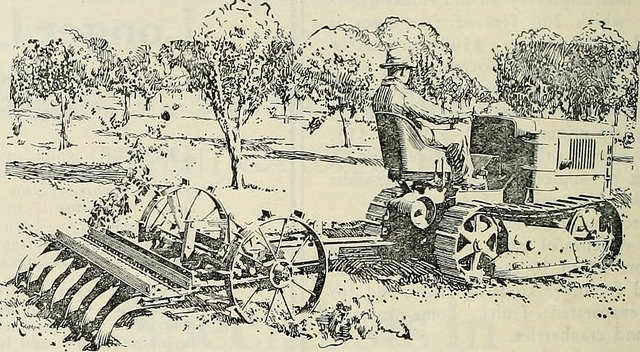 The following is an update to an article that I posted in SurvivalBlog back in September of 2005, shortly after Hurricane Katrina struck the Gulf Coast:

Before selecting a retreat locale, It is crucial that you decide on your own worst-case scenario. A location that is well-suited to surviving a “slow-slide” grid up scenario (a la the deflationary depression of the 1930s) might not necessarily be well suited to a grid down situations. As stated in my post on August 15, 2005, a grid down situation will likely cause a sudden onset variation of TEOTWAWKI with a concomitant mass exodus from the big cities resulting in chaos on a scale heretofore never seen in modern memory.

My own personal “best case” scenario is an economic depression, with the grid still up, and still some semblance of law and order. Things would be bad, but the vast majority of the population would live through it. Living in a rural agricultural area won’t ensure that you’ll always have a job, but probably will ensure that you won’t starve.

My personal “worst case” scenario takes a lot more description: A rogue nation state launches three or four MIRVed ICBMs with high yield warheads simultaneously detonating at 100,000 feet over America’s population center, preferably in October or November, to maximize the extent of secondary electromagnetic pulse (EMP) effects. Picture just six warheads arriving “time on target” (synchronized for simultaneous detonation) at high altitude over, for example, Atlanta, Baltimore, Chicago, Dallas, Denver, Seattle, and Los Angeles. More than 90% of the U.S. population would fall within the footprint of EMP. With such a very high airburst attack, there would be hardly any initial casualties aside for a few thousand people unlucky enough to be traveling on that day. EMP would disable many electric flight controls, causing any modern aircraft to go out of control and crash. And the sudden loss of engine power in automobiles at the same time as a blinding flash would likely cause thousands of high-speed car crashes, by panicked drivers. A high-altitude air burst would impart no blast effects on the ground — nothing but EMP. But what an effect! Think of the full implications.

As previously stated, the higher that a nuclear air burst is detonated, the wider the line of sight (LOS), and hence the larger the footprint of EMP effects. With an EMP-optimized attack, as I just posited, EMP would be coupled to nearly all of the installed microcircuit chips in the U.S., southern Canada, and northern Mexico. In an enormous cascade this would take down all of the North American power grids, and cripple virtually every vital industry and utility: Natural gas production and piping, municipal water systems, telephone systems (hardwire and cellular), refining, trucking, banking, Internet services, agricultural machinery, electrically-pumped irrigation systems, you name it! Many modern cars and trucks within the LOS of EMP could be inoperative.

With the dependence of the power utilities on computers, I have my doubts that they would be able to restore the power grid for weeks, months, or perhaps years. And with the chaos of society disintegrating around them, they might not have the time or opportunity to restore the grid, even if they would otherwise have the means to do so. This would mean TEOTWAWKI on a grand scale. The words “dog eat dog” do not even begin to describe how things would become in the cities and suburbs. Soon after, as the cities became unlivable (without power, heat, water, sanitation, or transportation of foodstuffs) this would cause a massive, involuntary exodus from the cities and suburbs, almost entirely on foot, comprised of countless millions of starving people. With winter coming on, this would result in a massive die-off, perhaps as much as 70% of the American population. It would not be until after that die-off that some semblance of order could be restored.

This crush of humanity will of course head for any agricultural regions that are within 50 to 75 miles of the major cities. Hence, I would not want to be a farmer living in Pennsylvania’s farmlands, California’s central or Imperial valleys, or Oregon’s Willamette Valley. They will simply get swarmed and overwhelmed.

Surviving a Long Term a Grid Down WTSHTF Situation

Even in the absence of EMP, any set of circumstances that would bring down the power grids (for example a major war, a fuel embargo, a cyber attack on power utility Supervisory Control and Data Acquisition (SCADA) software, etc.) would be devastating, and have a similar result. The biggest difference would be that the Golden Horde would have more functional cars available–at least as long as their gas lasted. Let’s say that you’ve already moved to a lightly populated agricultural region that is more than 150 miles from any major city.
Assuming that you can avoid the ravages of the Golden Horde by virtue of geographic isolation, you will then have to contend with producing food. If the region that you selected is dependent on electrically-pumped irrigation water, then you’ll be out of luck. That is why I emphasize the importance “dryland farming” regions. (Regions where consistent seasonal rains are sufficient to produce crops.)

A small-scale truck farmer in such a region, producing a wide variety of vegetables will be sitting pretty. Even with horse-drawn or hand cultivation, he will have large quantities of excess crops available for barter and charity. By teaming up with neighbors and hired hands (paid in barter) for “strength in numbers” he will be able to defend what he owns. With copious produce available, he will be able to barter for harvesting manpower, horses, tools, and so forth. In my opinion, a man in this position and locale is the most likely survivor of TEOTWAWKI.

With the aforementioned in mind, you can see the importance of finding the right retreat locale. Ideally, it will be far removed from metropolitan regions, have a fairly long growing season, plentiful rainfall, rich topsoil, a reliable domestic water supply that is not dependent on grid power (preferably spring-fed), nearby sources of firewood or coal, and a light ambient population density. If you combine all of these factors–visualize them as map overlays–you will end up with only a few regions in North America that are wholly suitable for “worst-case” retreats. Start with a photocopy of a climate book with maps of America’s farming regions. Mask out any farming regions that are depending on grid-power pumped irrigation water. Then take a compass and start drawing radiuses around all of the cities with a population greater than 200,000 and shade them in. Depending on your level of pessimism about the scenario and/or your estimation of the depravity of human nature, you may be drawing some pretty large circles!

Hurricane Katrina — in September, 2005 — was a wake-up call. I cannot imagine how anyone could watch the television coverage of the aftermath of Katrina and not come to the conclusion that we live in a highly interdependent technological society with enormously long lines of supply and just a thin veneer of civilization, as documented in countless newspaper stories. It doesn’t take much to disrupt those interdependencies, nor to expose what lies just beneath that thin veneer. Like an onion, what lies beneath is not very pretty smelling.

Get to Know the NRCS Man!

You will note that I specifically mentioned topsoil in the preceding discussion. The importance of soil quality in the event of a true “worst case” must be emphasized. As S.M. Stirling so aptly described it in his science fiction novel “Dies The Fire“, soil quality is not crucial in modern mechanized agriculture. If an acre of ground produces 5 bushels of wheat versus 12 bushels of wheat it is not of great consequence when you are cultivating hundreds or even thousands of acres from inside the cab of an air-conditioned $40,000 tractor, or a $70,000 combine. However, if someday you are reduced to traditional pre-industrial manpower or horsepower, where cultivating just a few acres will require monumental exertion, then the soil quality will make a tremendous difference between successfully feeding a community, and starvation. Therefore, have the soil analyzed before you buy a retreat property!

Determining the soil types within a region should be your first step–in fact even before you talk to the first real estate agent. Buying lunch for the soils specialist at the local Agricultural Extension office might be a valuable investment. On your first scouting trip to your proposed retreat region, call the USDA Agricultural Extension Office, and ask to talk to a soils specialist at the National Resources Conservation Service (NRCS) desk. Note that the NRCS was formerly called the Soil Conservation Service. – JWR