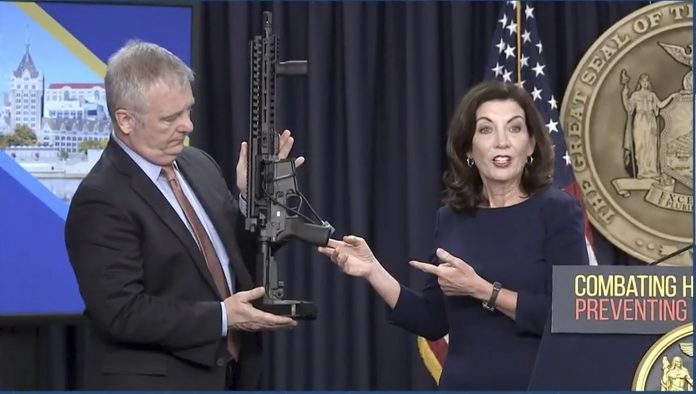 Ultimately, the research suggests that neither pro-gun advocates who champion “good guys with guns” as the solution to crime nor anti-gun liberals who fear more concealed carriers will whip out their Glocks really have an accurate picture of how legal guns create harm.

“The public has been too focused on the simple narrative of the good guy with a gun,” said [Stanford Law School professor John] Donohue. “One side likes that and the other thinks, ‘Do we really want someone pulling out a gun?’ They’re focused narrowly on the guy with the permit. What I’m saying with this paper is, let’s broaden the aperture a bit. That’s just a small part of the consequence of these laws.”

Looked at a certain way, Donahue’s findings might offer some hope for New Yorkers and Californians who are now worried for their safety. The Supreme Court may be able to undo historically long-standing gun restrictions like New York’s “may issue” concealed carry laws. But far-right justices can’t induce a cultural sea change around guns in places where the idea of carrying a concealed weapon remains very fringe—and that, in turn, might mean these states won’t see a flood of new weapons entering into circulation.

Even among New Yorkers who favor the ruling, there is strong doubt that the court has just opened the floodgates of public carry, as one Queens shooting range owner told the local NPR affiliate. Indeed, 72 percent of New York gun owners told pollsters that they actually hoped the Supreme Court would uphold the “may issue” law. Hopefully, the state is not about to become Texas on the Hudson.

Tigress Outriggers & Gear to be Showcased at ICAST